In anticipation of ice-off we decided to gamble it and go check if our favorite stillwater was ice free. We arrived to see that we were still too early and that the lake was still covered in ice. No fishing for yet unless we wanted to do some good ol Utah ice fishing! There was one edge that was mighty thin and looked like it would open up after a few ours of sun. We decided to go fish some nearby water and come back near the end of the day. When we checked back we found that it was still frozen over. There was; however, a really small, shallow stretch open as well as a small hole over a little deeper water. 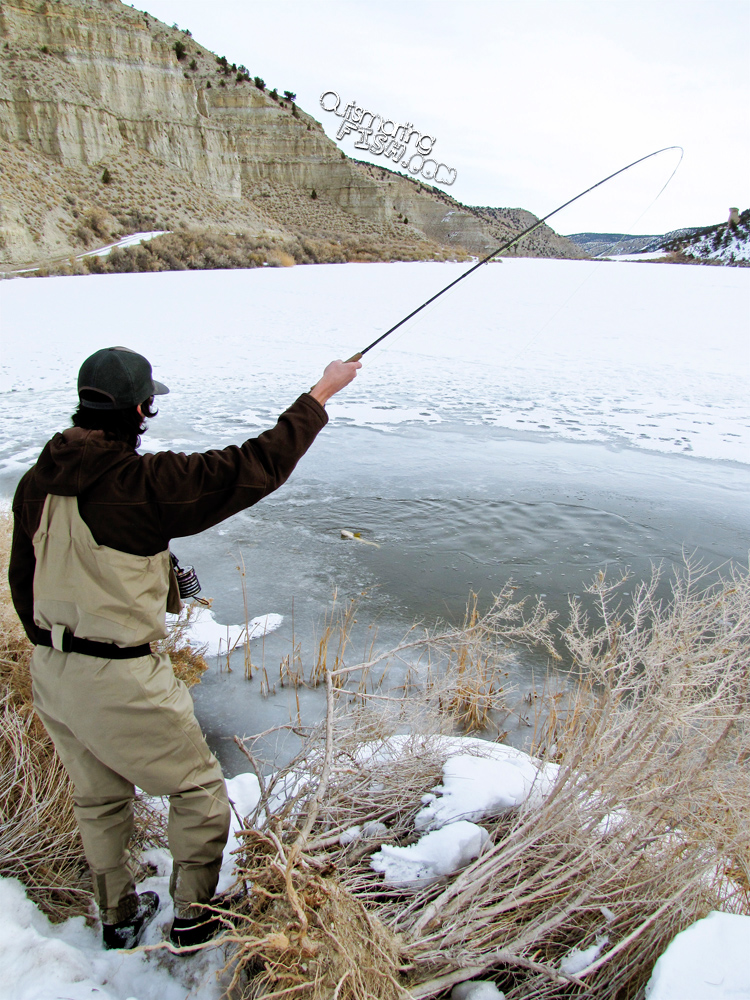 Derek’s always up for something different so we checked it out to see if we could get any takers. You could see a few fish under the ice but we were limited to the limited open water. After trying to break things up a little more without disturbing the water too much and we rigged up and started to creep up on these fools. We traded off spots. There were fish cruising by the small opening but they were surprisingly picky. When it was my turn to post up over the hole (probably 3x10ft wide) I tried my luck with a few different bugs. It was definitely a little weird ice fishing with a 9ft fly rod! Finally, a head appeared from under the ice. I held my breath and it sucked the fly in. Haha, yeah! I set and dipped my rod down into the water as the fish ran under the ice. After an interesting battle, the tiger trout flipped at the edge of the ice and I netted it. My first tiger of the year and first tiger trout caught ice fishing! Not to shabby at a bit shy of two feet. 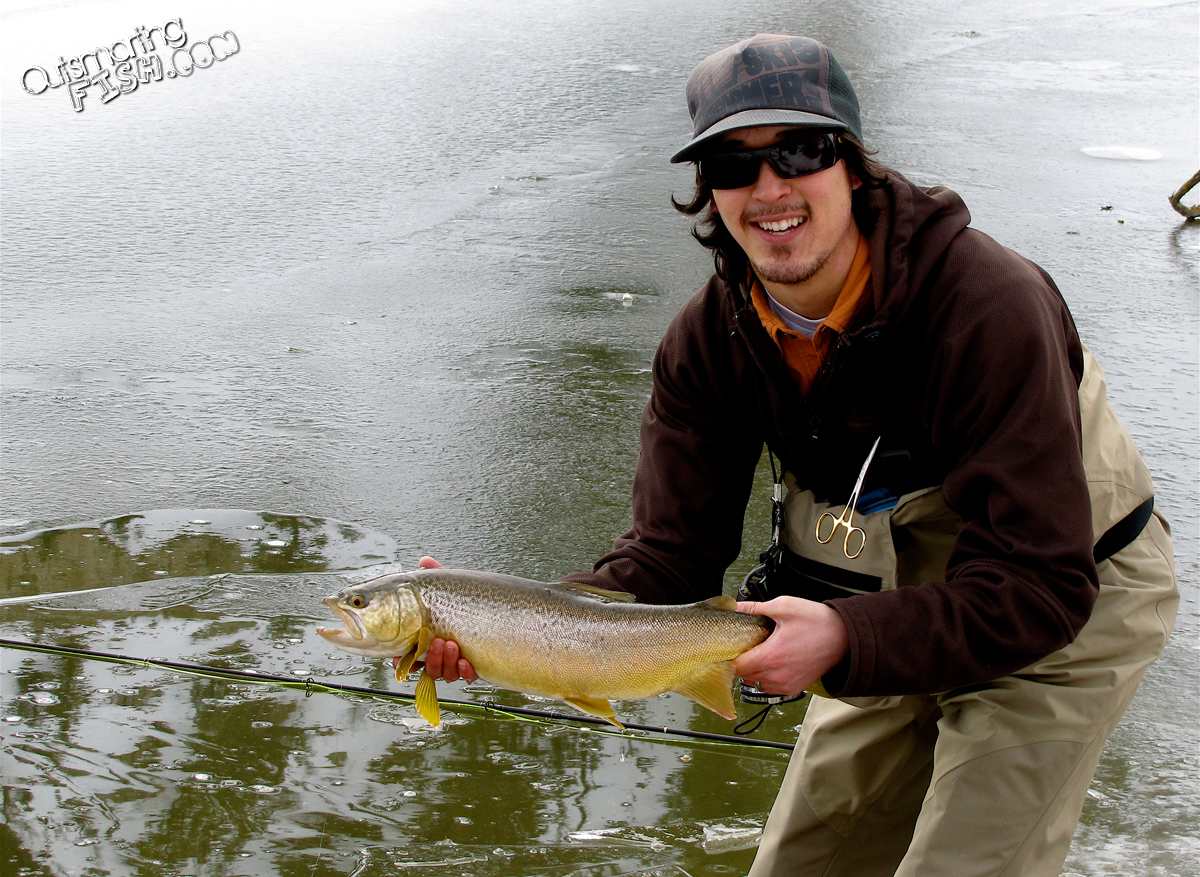 We had a lot of looks but no other eats as we continued our Utah ice fishing adventure through a wicked storm that had rolled in. It was puking snow! By the time we got in the car I had almost two inches of snow on the brim of my hat. We made it home safe through the gnarliness. What an interesting outing! 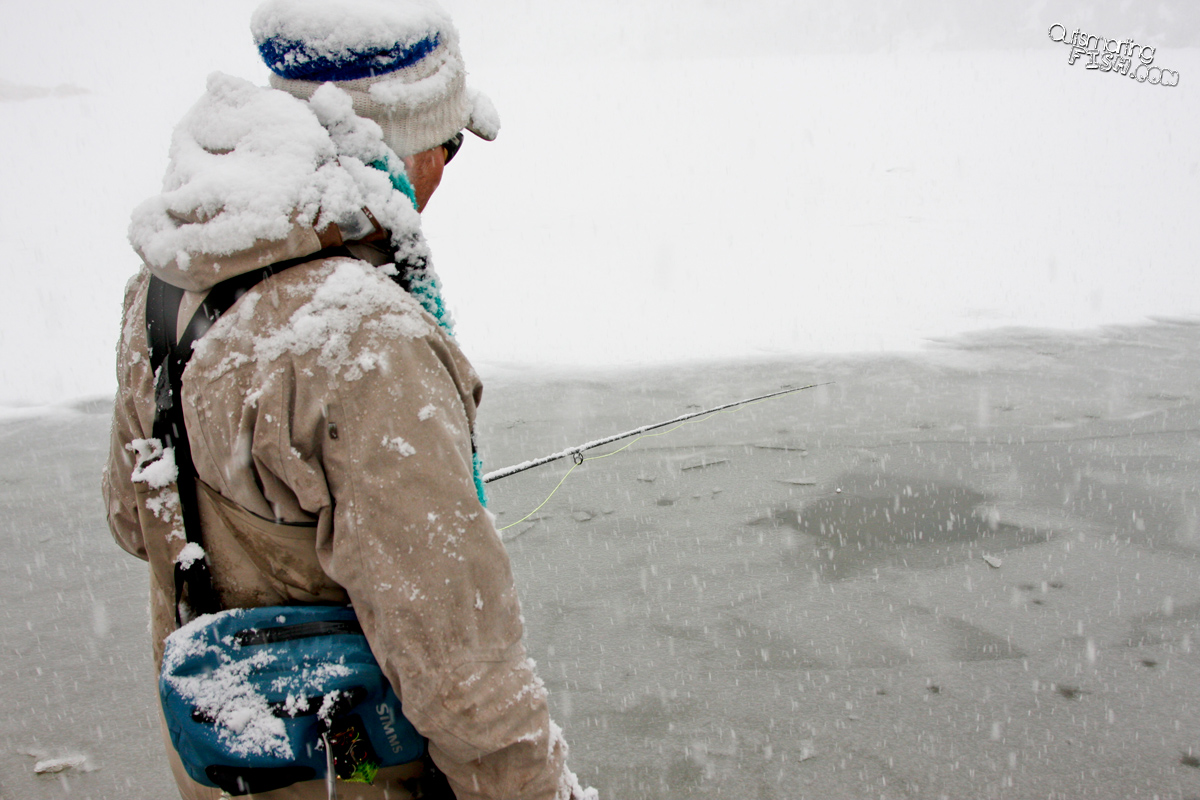 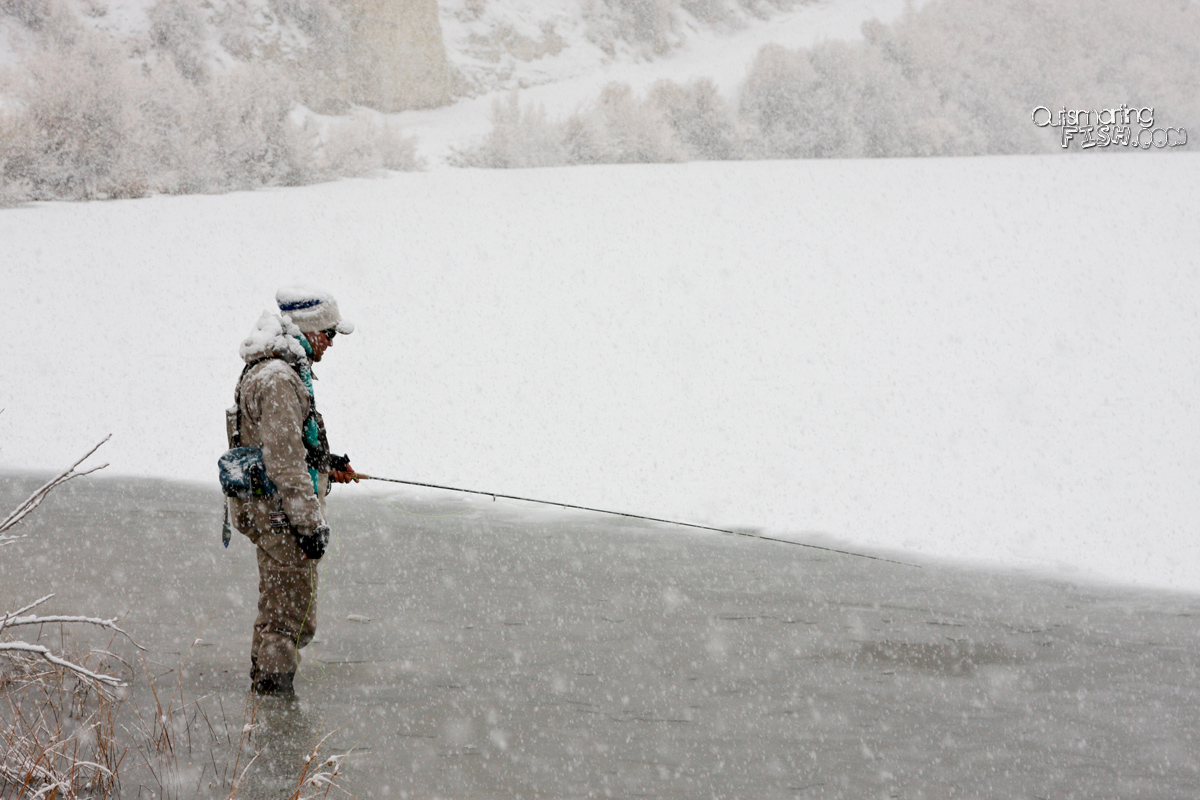 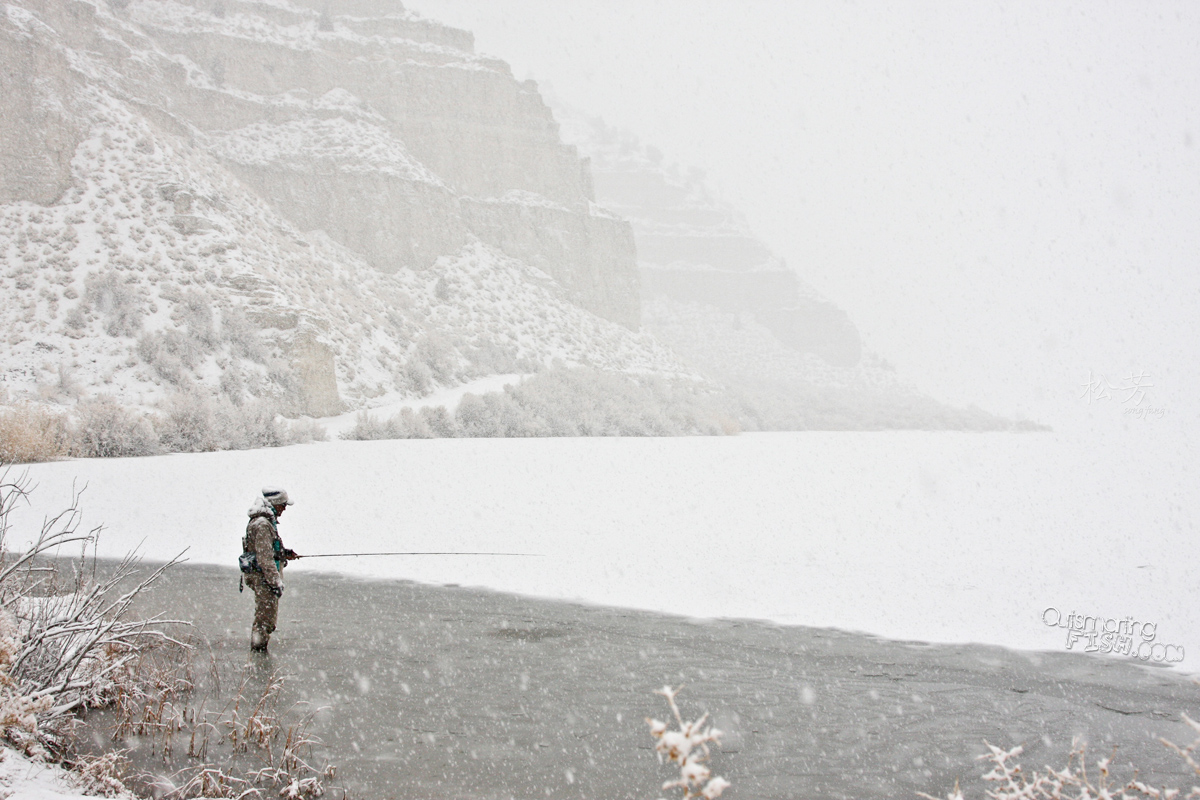 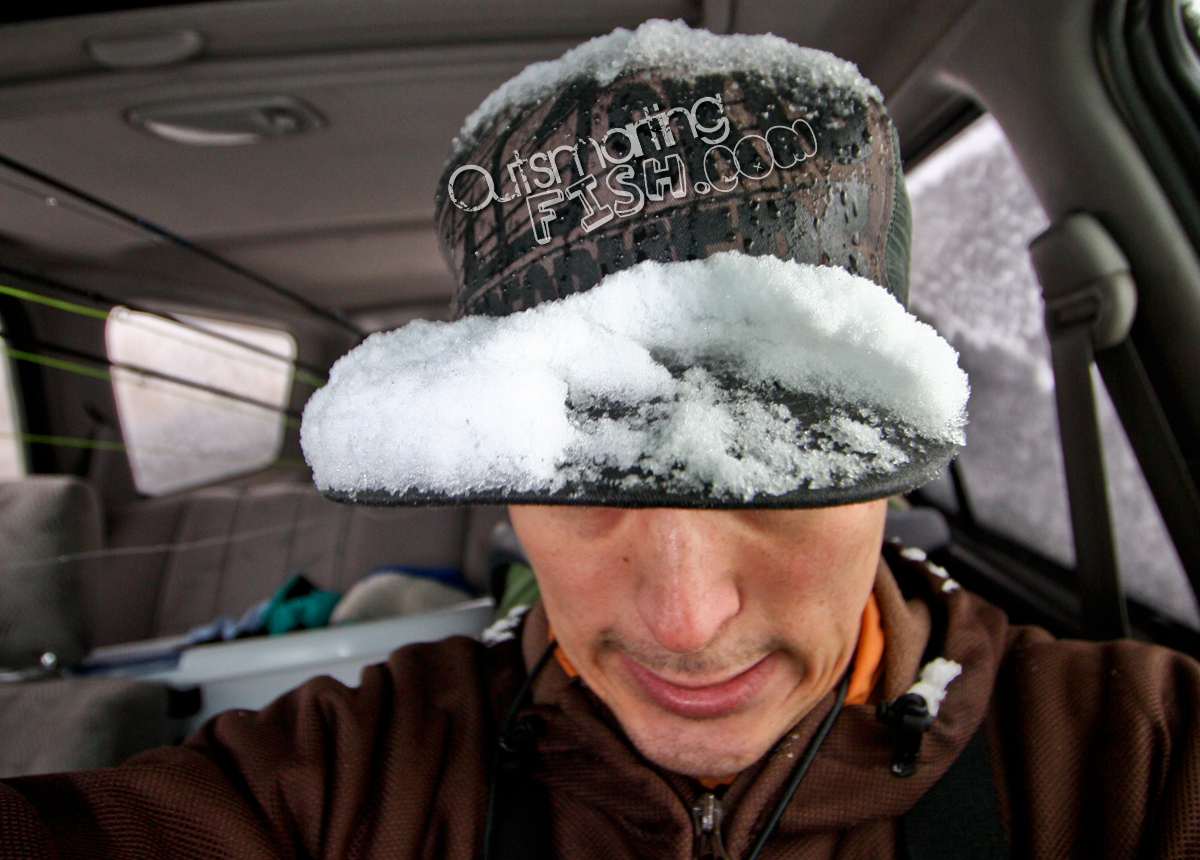