Utah waters hold some really nice brook trout if you know when/where to look. Typically though, when people think of Utah brook trout (myself included) they think of some of the mountains down south and not necessarily the vast and lake-spotted Uinta Mountains. Now, it’s not that the Uinta’s don’t have brook trout because they obviously do – in fact there are hundreds of lakes up there and quite a few of them hold brook trout. The issue is that not all brook trout lakes are not created equally. Not all lakes have the ability to grow football brook trout, and those, after all, are the funnest to target. You see, brook trout are often really good at reproducing in high mountain lakes. Result? Overpopulating/stunting. You know, lakes full of billions of little fish eager to eat your fly? 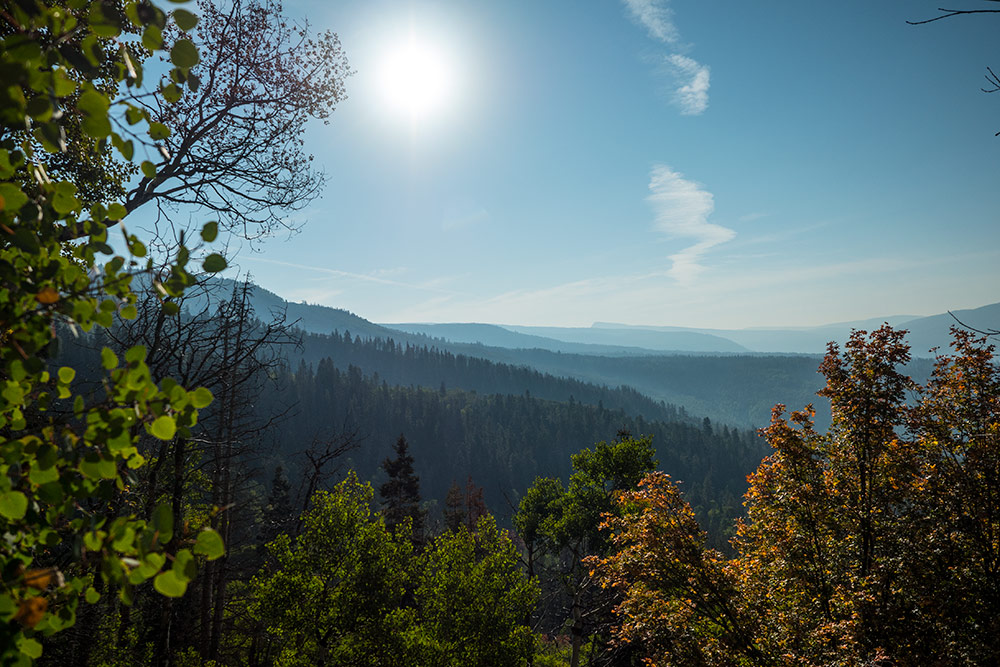 So when I had the opportunity to head a bit closer to home in an area not known for brook trout I was pretty pumped. Brook trout are the best. Brook trout lakes are the best. The reason I LOVE fishing for brookies in lakes is the same reason I love fishing streamers for browns in rivers – it’s the thought of that gangster fish holding in that FISHY, FISHY, deep, dark hole just waiting to come to life to smash your offering. The bottom line is that they just hang out in the coolest spots.

This lake was no different. As I pulled my Water Master down to the water’s edge I got really giddy. I was fishing solo and it was a gorgeous day. The lake wasn’t large but it was a playground ready to be explored: lily pads, grass islands, a beaver hut or two…it was awesome. I rigged up my LOOP Opti Stream Rod and took to the water. After a tootin’ around a little to get a lay of the land, I got to work. The excitement began mid-retrieve after a cast past a small grass island. The fish that I’d daydreamed came to life and jolted my hands with a strike. I was mad. So mad that he would come out and do that to my fly. He was apparently angry too cause he was fighting adamantly in order to avoid coming to hang out for a minute. In my rage, I swooped him up in my net and glared right at him. However, he looked so good that my anger at him for cheap-shotting my fly like that melted away. It was a great start to the day. 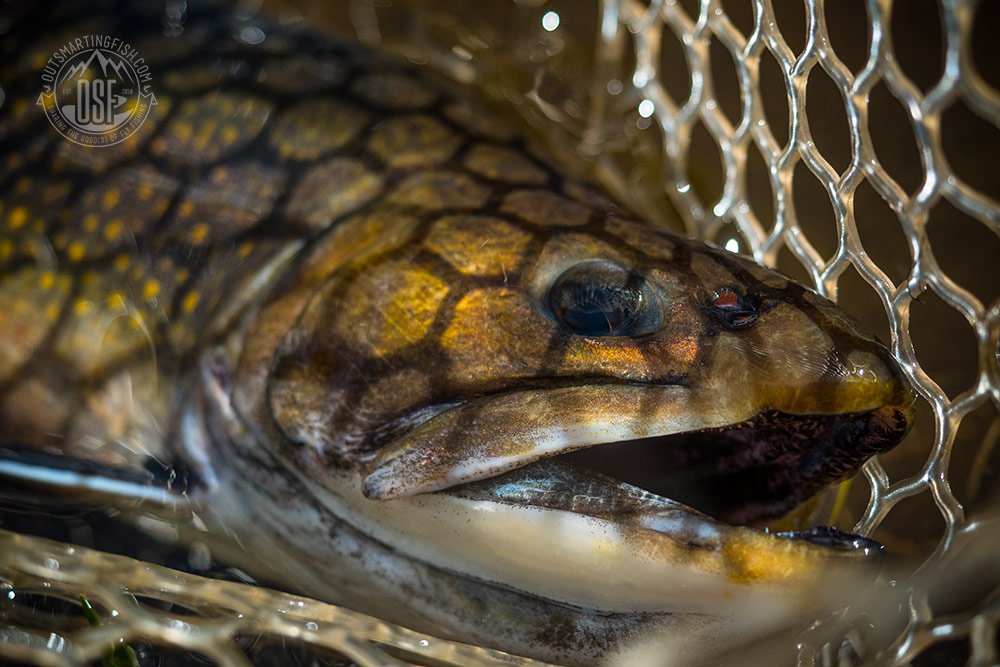 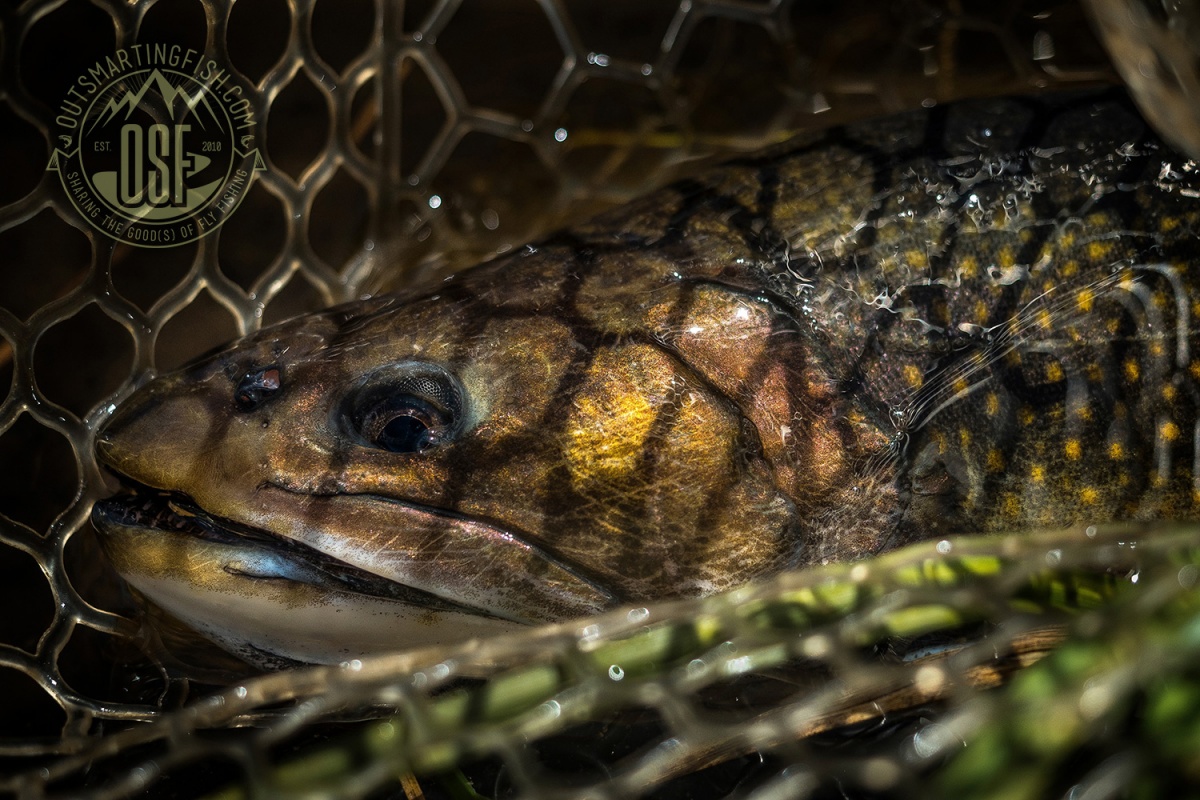 The highlight of the day came later with some back-to-back action. I’d parked on the banks of a small grass island that had some edges that I couldn’t fish from my boat the way they needed to be fished. They just looked too good not to give them the attention they deserved. There was a particular corner of undercut banks that had a fairly dense concentration of lily pads. I crept up, extended my arm, and dropped my fly between some lily pads and started weaving in and out of the vegetation. As I got to an opening near the bank I slowed and gave my fly a bounce, I felt the slightest bit of resistance so I set. The surface of the water erupted with an angry brook trout. I quickly got him to net and admired a second very respectable Uinta Mountain brook trout of 15 or 16 inches. After snapping a few pics I sent him on his way and turned my focus to another dreamy-looking hiding place not more than 5ft away from where I’d just picked up my last fish. Same MO as I dropped my fly between pads. I dangled my line and weaved through the maze and this time I was validated with a sharp jerk. A hard hookset brought him to the surface and I quickly side pressured him out of the vegetation. It was plain to see that he was the most vibrant and probably most well-proportioned of the day. After a bit of bull doggin’ I got him in the net. I sent him on his way, smiled and sat on my raft to eat a well-deserved banana! I don’t get out on solo trips like this as much anymore so it was refreshing hitting the water solo just like old times. 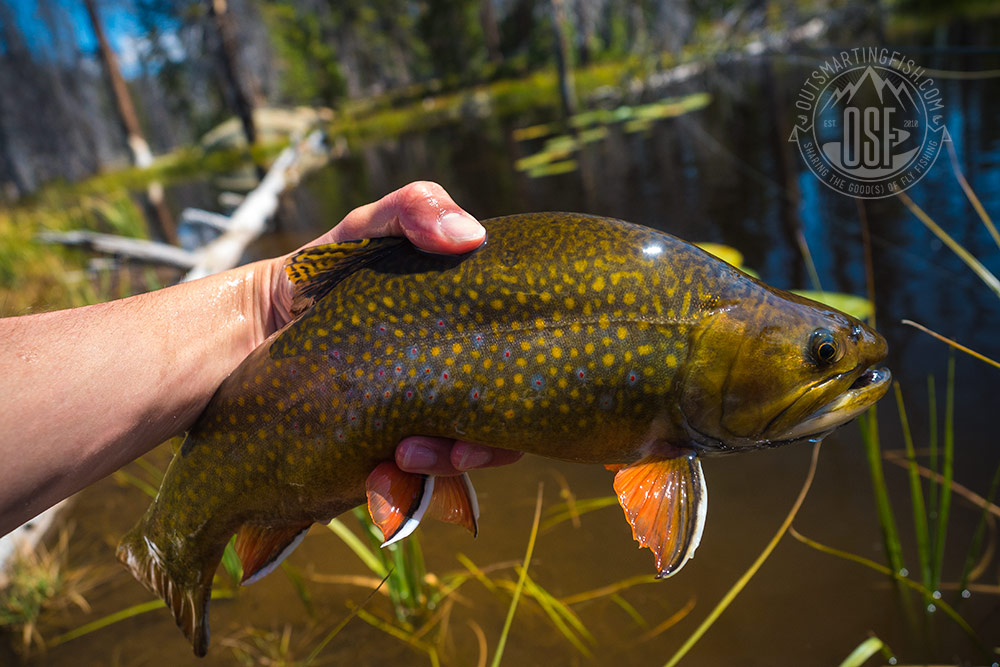 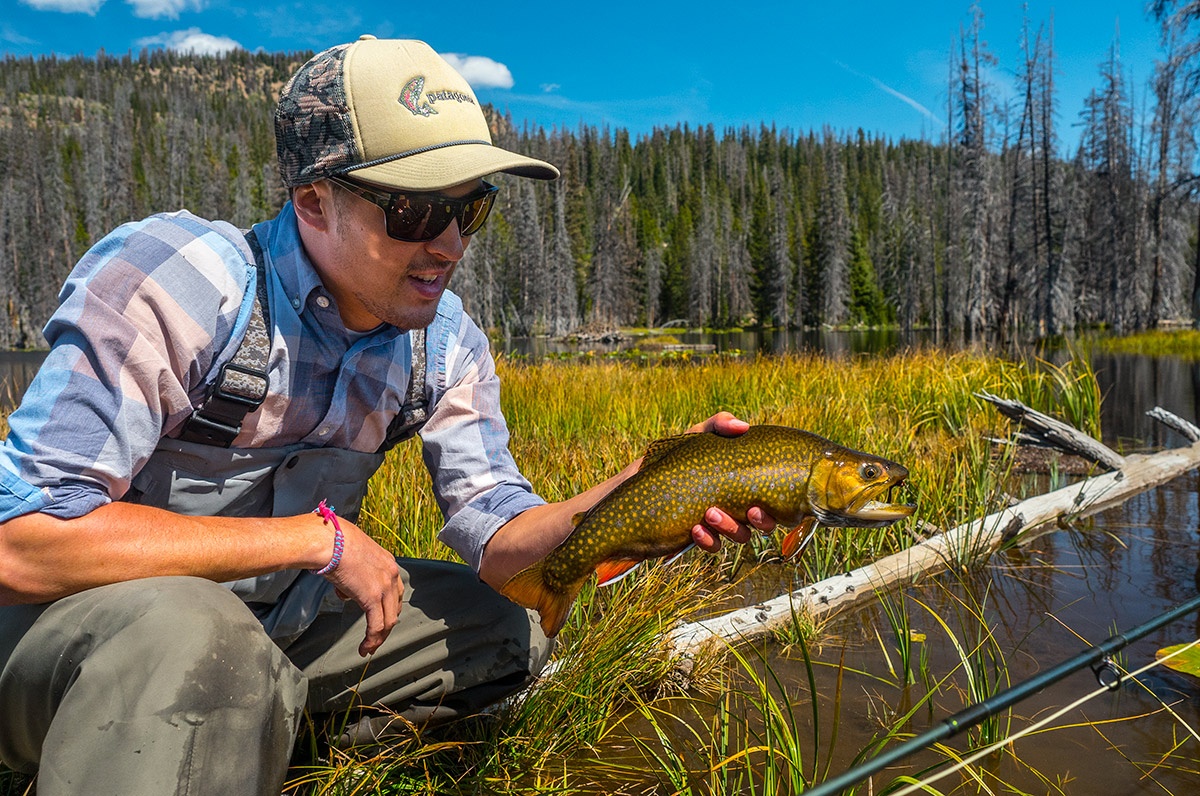