“What are the chances?” said Nate. “Who knows?” I responded, “but it was the baddest brown I have ever seen!” Rewind several hours and once again that cursed alarm is buzzing uncontrollably.  A long drive awaited and so eyes were rubbed in an atempt to wake up. “Why, oh why am I doing this?”  The usual ritual followed suit: rod check, waders, glasses, flies, camera……… Heater cranked as the car pulls out of the driveway heading toward unfinished business. Mr. Brown was waiting patiently for a rematch, so far the count was 0-2 but all I needed was one mistake, just one! The thought just kept circulating in my mind that lightning could possibly strike twice in one week – could I really find another trophy brown trout? Each mile brought new excitement as the destination drew nearer. Pulling up to the water conditions looked favorable to sight fish but that quickly changed after rigging up and preparing for the day’s battle.  The wind began to blow in gusts with only short pauses between creating short windows of opportunity. It was time to start walking, blind casting and working the water. Hours passed with little action, I covered a lot of water with only one small fish netted.  I came to a stretch of shoreline that looked promising and began casting, on the second cast a big fish took a swipe at an articulated offering sending water skyward. The hookset was solid but the line went limp quickly thereafter. It was time to head back to the car, sit back for a bit and regroup, eat some lunch and rest that hole for later. A few hours passed as I fished other spots, but all the while I was thinking about where I really wanted to be.  I finally made the call that enough time had passed to at least head back to the area and have a look. Upon reaching the spot the wind was still blowing a bit so I set all my gear on the bank and instead of fishing I began cleaning the bank and backcasting area. Waiting, hoping that the wind would stop long enough to get a decent look.

While moving a few twigs out of the way I caught a glimpse of a large tail from the corner of my eye.  The wind had stopped and the water was calm allowing for a proper viewing lane.  My glance was just in time to see a hog brown chasing a smaller fish back and forth. I quickly scrambled up the bank, grabbed my pack and rod then quietly scurried into position. There he was and he was BIG! In position and ready to cast, the fish suddenly lost interest in the playing cat and mouse and headed back toward where I had first spotted him. I repositioned and readied to cast. The first cast was perfect – 10 feet in front of him and about 10 feet past his current cruising line. Nothing, not even a look when my fly changed paced and bolted to escape him. He kept moving so quietly I hunched over as low to the ground as possible while keeping my fly dangling out of the water ready to be put back in action. Dropping to one knee behind a small tuft of grass I let my feathery missile fly. As it impacted the water 4 smaller fish appeared from nowhere and began attacking it. Every anglers nightmare, losing a huge fish to an overzealous runt! No matter, they had yet to take the hook and certainly no hookset would be made for one of these fish.  As the smaller fish pushed and shoved in an attempt to get dibs on the fly, Chuck Norris took notice of the commotion. He slowly turned and headed towards the action. Thinking that since he completely ignored the last presentation, I let the fly drop to the bottom and gave it a few subtle strips. As he approached, the little guys scattered in every direction. As casual as strolling to the fridge and grabbing a quick bite, he scoop the fly off the bottom and closed his mouth around it. Strip setting with all my might sent the fish packing on a freight train ride.  He slowed down for a second and I watched him head shake with a gapping wide mouth to free himself of his 5″ long articulated assailant. Running along the bank to keep him on as close a leash as possible and applying all the pressure my 12 lb maxima could withstand, he began to show signs of fatigue. He didn’t give up easy though, water sprayed as he made another run.  He turned in defeat as I bent kept my rod low to apply some side pressure. Not more than a minute passed as the orange sided alligator head shook his way toward the “livewell #2”. One scoop, not two, and he made himself at home, cradled in the rubber webbing of mega-net. Now I knew he was big but I wouldn’t have guessed he was as long as he taped, 31.5 inches! I couldn’t believe it, lightning had in fact struck twice in one week, 2 perfect male browns. True trophy brown trout in my eyes. Humbled does not even describe what I feel. This is more than a fish to me, it is a year and a half worth of struggle coming to an end. Time to set new goals! 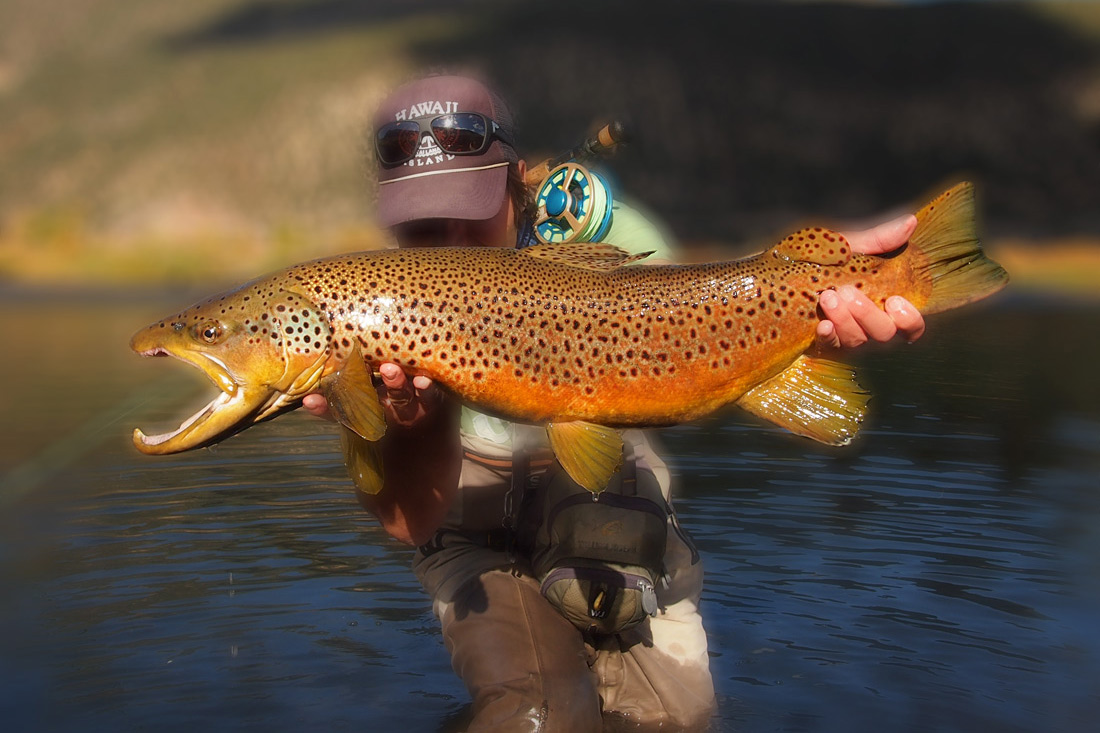 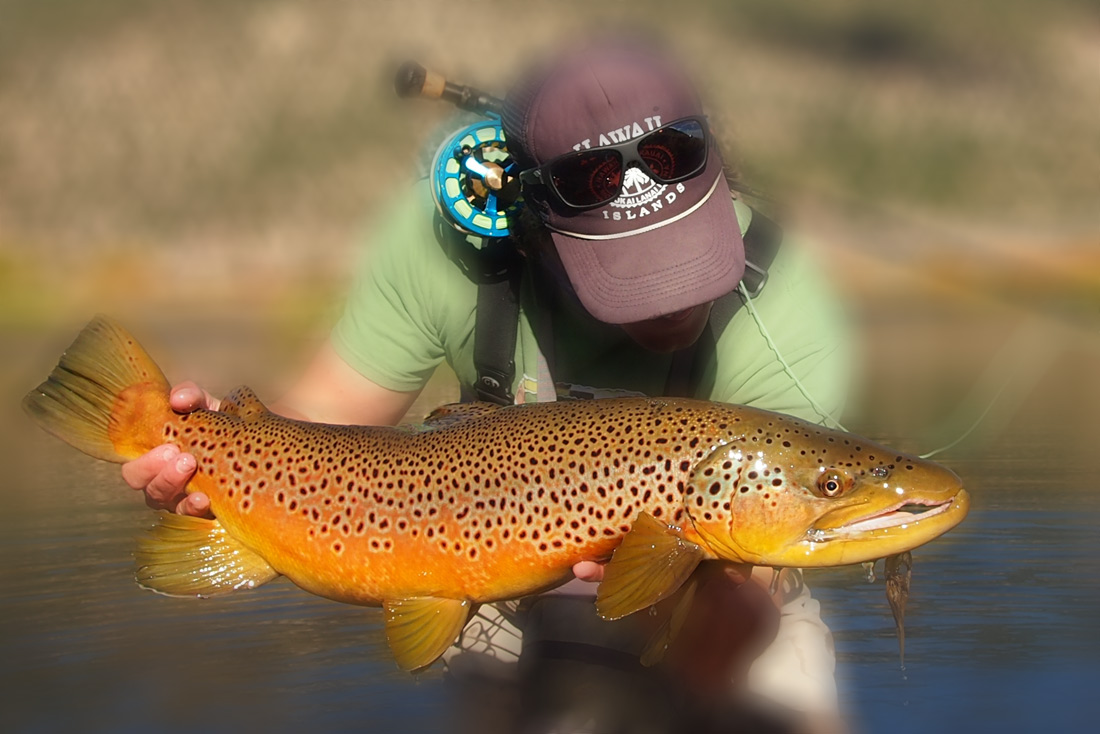