We’ve been on a hawg hunting kick lately and have been putting in time exploring unfamiliar waters. We arrived a little later than we had planned so I eagerly decided to run over to the water to have quick look and see if anything was happening before wadering up. We arrived locked and loaded so I grabbed a rod and jogged over to the water while Nate wadered up.

Immediately a few fish were spotted and armed with a streamer, I threw some line out. On one of my casts I noticed what looked like a decent fish move in as I stripped in, the fish gave follow but didn’t seem interested in committing. As my fly neared the bank with little remaining room left I decided to kill it and let it sink, as soon as the fly touched the bottom a brown rushed in without hesitation and slammed the streamer off the bottom! Set the hook and the fish took off with a burst of speed racing for cover and deeper water. Putting all the pressure I could on him I realized the fish hadn’t been given proper credit. This was far bigger than I originally thought. I was on a stout 6wt. with 15lb. maxima tippet so I applied the heat. As the fish finally steered clear of debris and slipped into the “livewell” net in my outstretched hand I realized what an amazing male specimen I had been fortunate enough to hook. Nate dreams of color and proportions on trout and dubbed him “the perfect specimen”. Agreed! I admired the creature cradled in my hands in the cool morning water. With a strong flick of his tail he was off, back to terrorize smaller fish. Sleep deprived I sat on the bank and soaked in the fact that we had accomplished our mission. 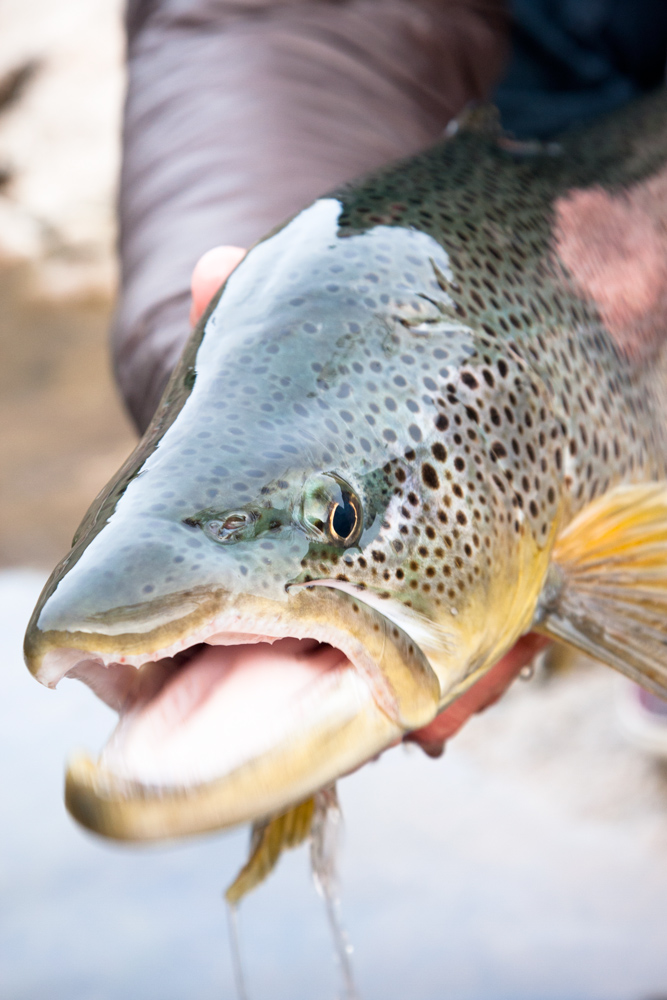 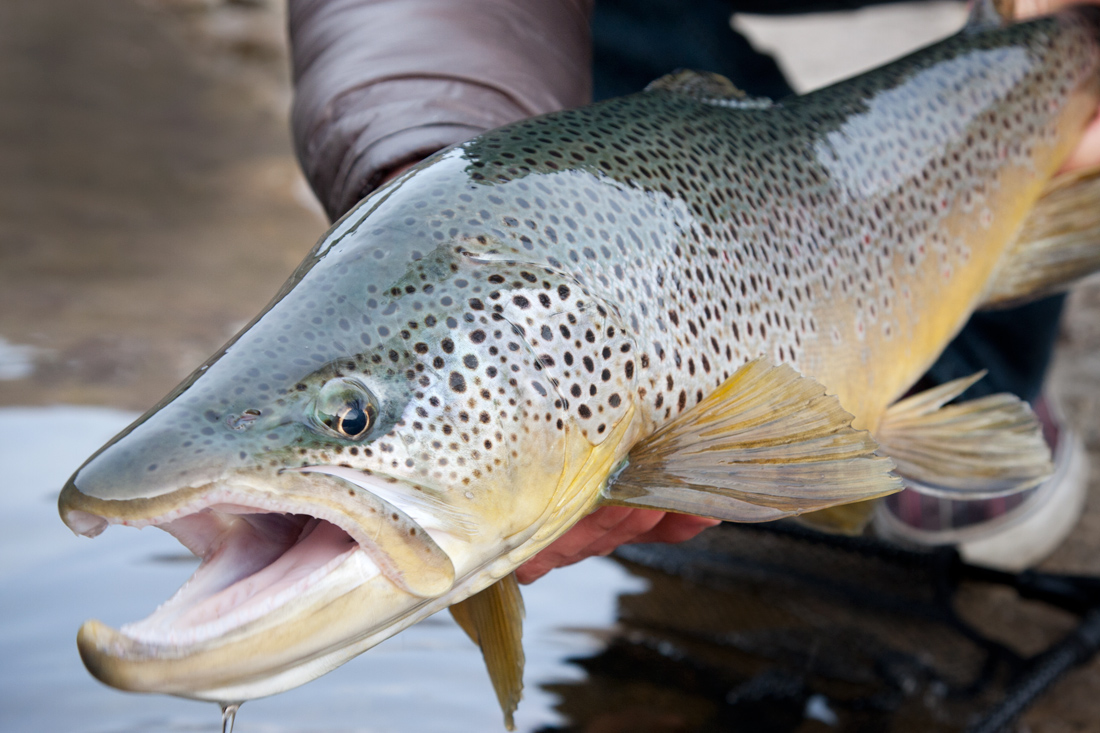 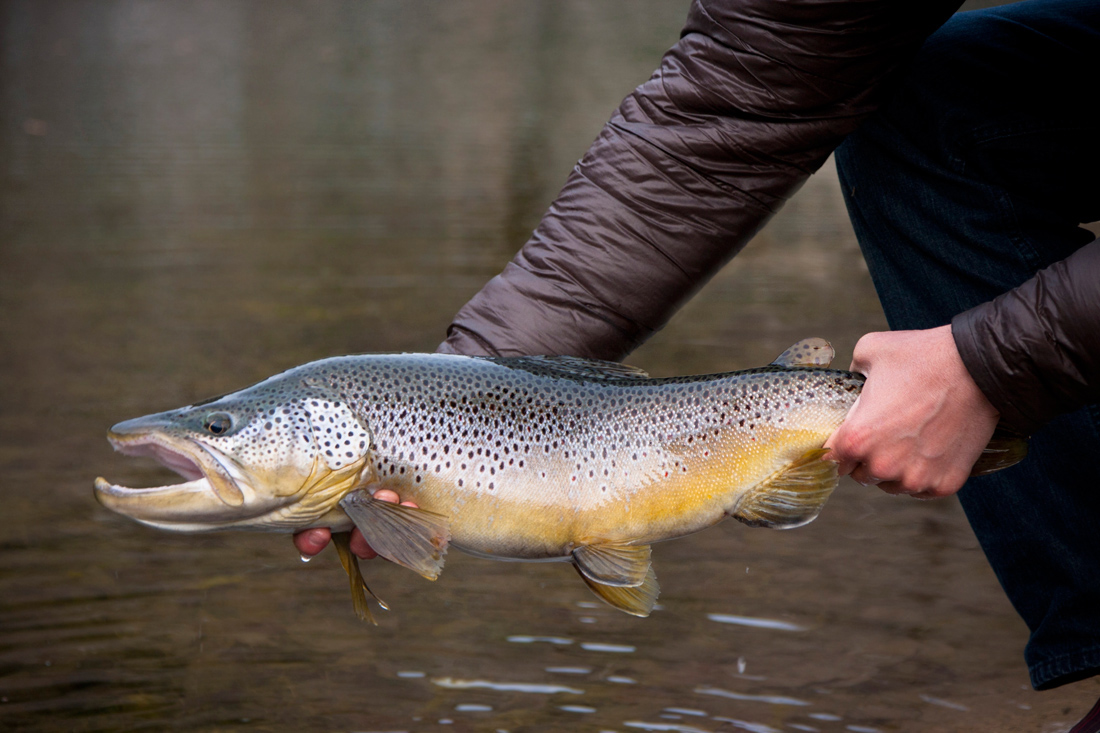 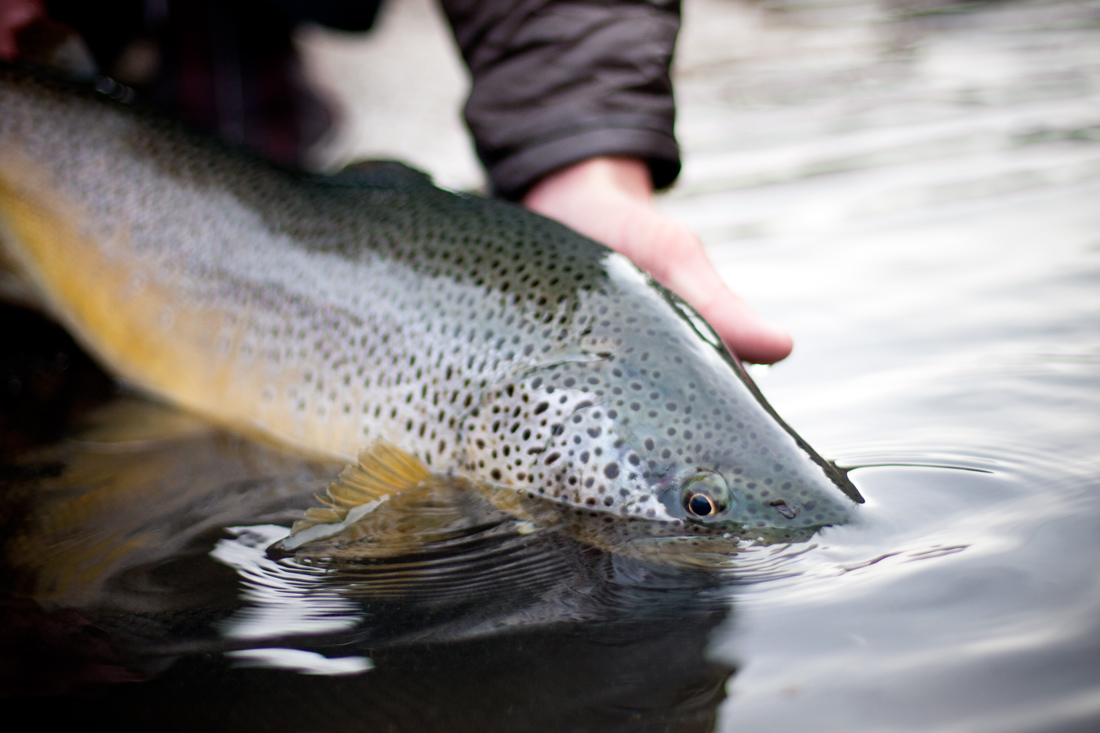