With Thanksgiving bringing a much needed break from the daily grind, I was able to take some time to go hunt some tigers again. This is always an adventure. I met up with Grant and Derek at the buttcrack of dawn and we headed out.

We got to the spot and rigged up. It was freezing. Today, Derek and I were determined to get some morning fish on streamers. I had good follows on about every cast, but the trick seems to be to get them to cross the line and hit. When Grant landed three or four fish in the first half hour I decided that the streamers could wait for another time. Derek, however, did end up getting a fish or two on streamers. The morning was turning out great. Despite freezing my Bobo the clown off, it was great and we were all getting into fish.  Grant and Derek got a nice double. A nice male and female pair. The male had some huge shoulders. I’m learning not to be suprised by the amounts of big fish that Derek catches. Maybe it’s a Montana thing. I dunno but I hope some of it rubs off on me. 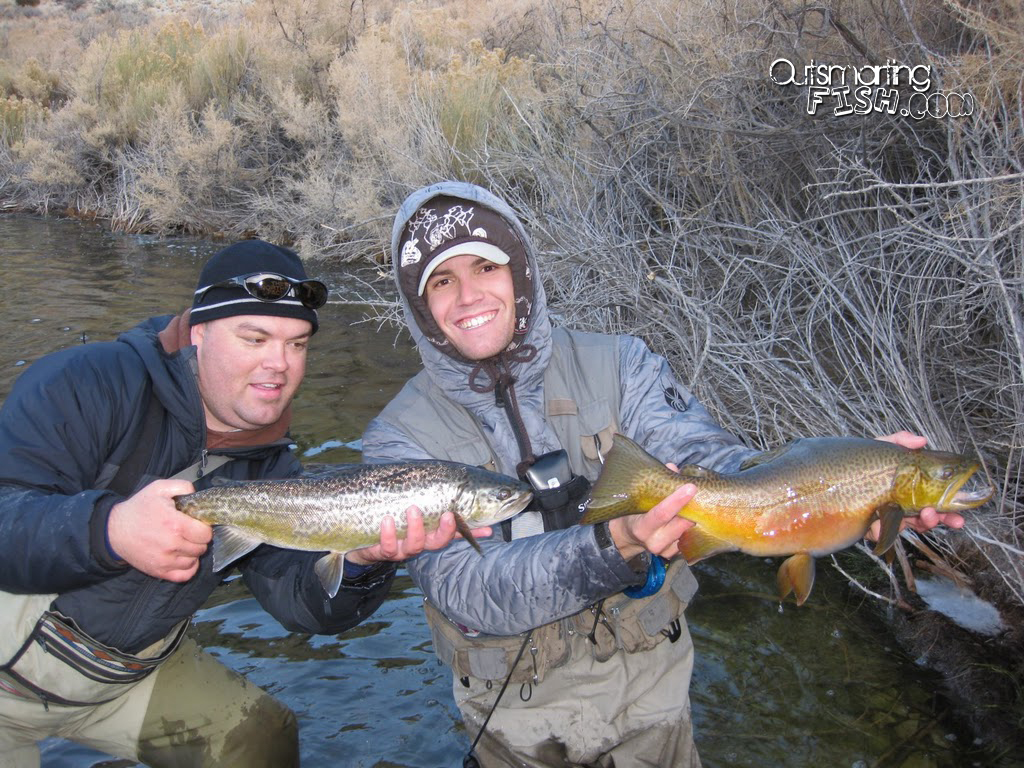 My fish of the day came as a big surprise. I hooked up and as I got it close I thought was a decent-sized male tiger, but Grant netted it and  yelled, “It’s a brown!” I didn’t believe him. I looked in the net and as very suprised to see one of the prettiest browns I’d ever seen. It’s golden sides were rich with color.  Man, the food sources in this place sure do make for some pretty fish. Stoked! 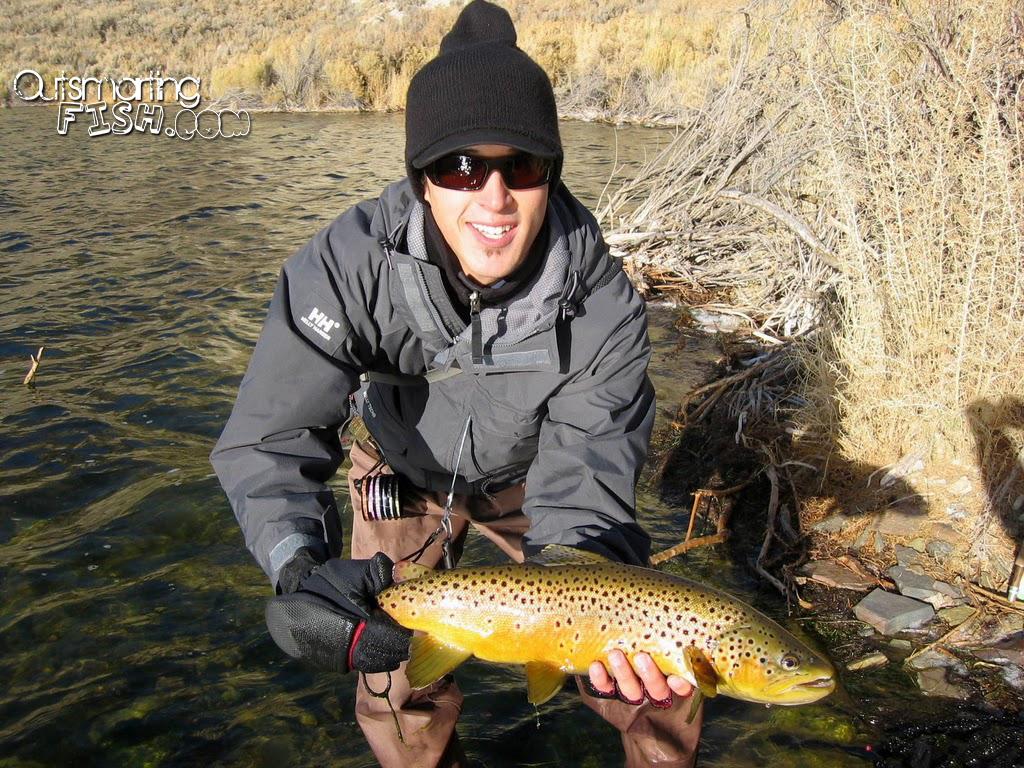 The fishing continued to be good all morning and then died as usual around noon. Nothing too special happened but we met a few guys that were helping BG with an article on Tigers and mice. They had been fishing mice all day.  One of them landed a really nice male on a mouse. They got into a few in the morning as well. Well, shiz, it doesn’t take a whole lot to talk me into fishing mice and seeing that big male was plenty of motivation.  Before we left I tied on a mouse and tried my luck. I had some good follows, including a really big male tiger that I’d seen on more than one other occasion. Grant honked from my car signaling he was ready to roll out and I missed the only take. Dangit.  Turned out to be a decent day with some tigers, chubby colorado cutthroat, and a suprise brown in the net.