Patagonia is top on my list of places I’d love to visit and fish. One of the main things that draws me there is the brook trout. Not only do they grow them big there, but in some incredibly awesome waters. Among various other types of water, once in awhile you’ll see photos of giant brookies being caught in tiny little braids of moving water. I’ve always been intrigued by these.

Recently while trekking Utah’s high country, we came across a tiny little stream winding its way through an open field. It was marshy, slow water with much of it going through holes in the earth or hidden under cut banks. It ranged from 4 inches wide to about 4ft at the widest spots. I didn’t know whether there was anything in it at all but I first approached at a particularly intriguing section. The water tunneled though an earthy underwater opening (which you can see in front of me in the picture below). As I slowly approached, I noticed some particulates swirling in the water. That was a good sign! I crept a few steps further to catch a fleeting glance at a white-tipped fin! It was headed toward the deep (maybe 3 feet) hole I had just seen movement in. I dropped my fly down in the hole and had time to give it about one bounce when a shape  (much larger than expected!) ambushed my fly. I was shocked at the fish that had come out! I quickly put some side-pressure to him and brought him into the lily pad-laiden bend. Awesome! It was a handsome and healthy brook trout! It seems some time should be spent examining these narrow bends afterall! It was a shame we had very limited time left to explore them. 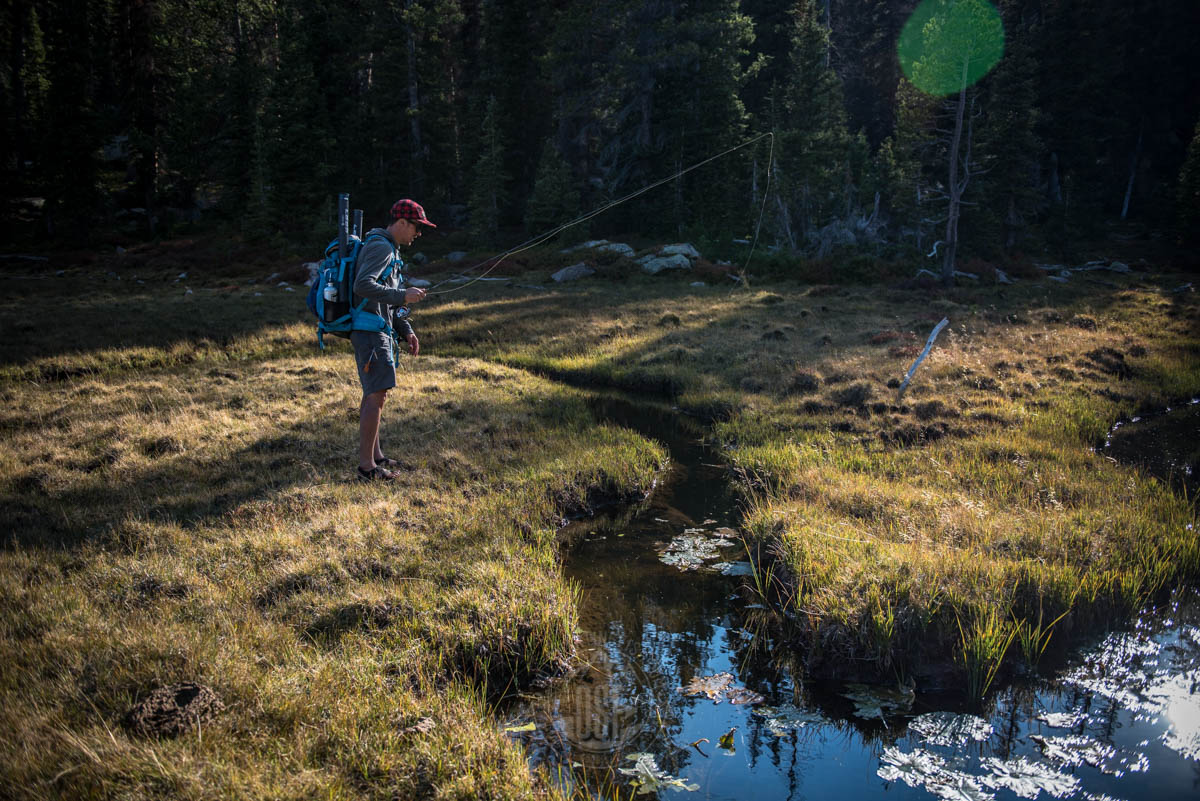 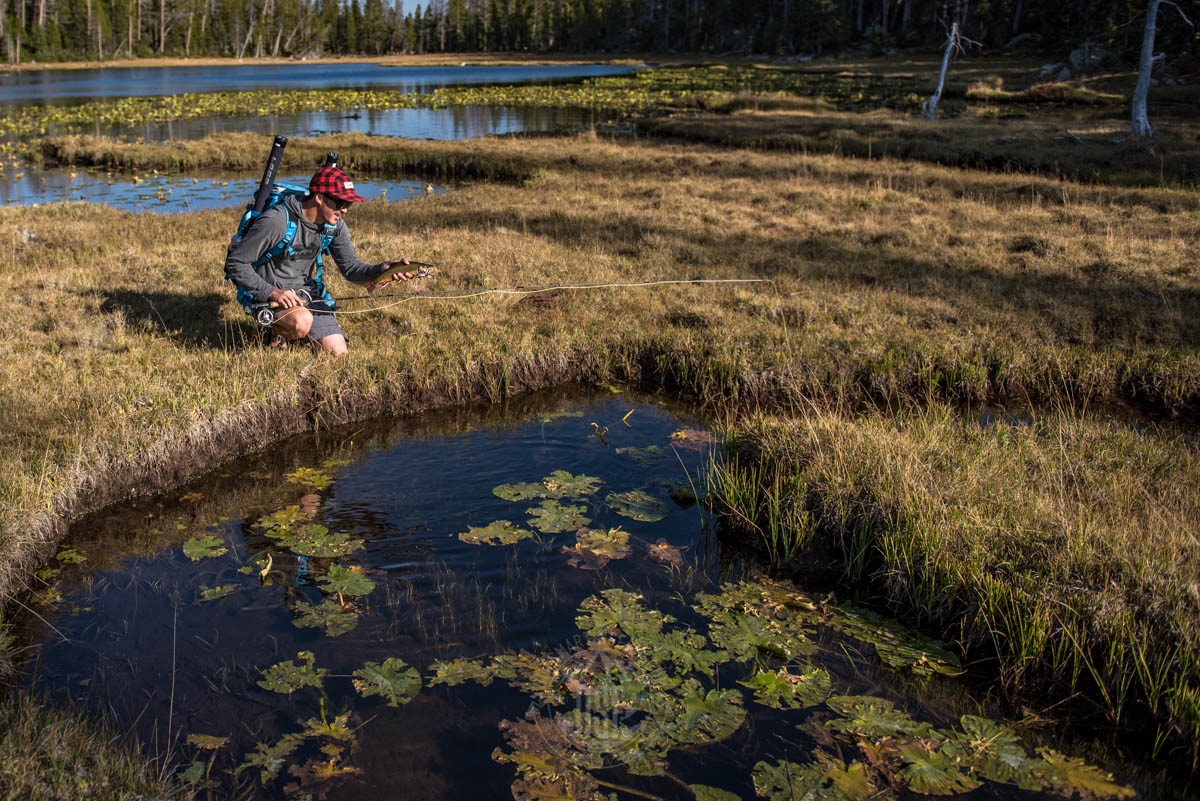 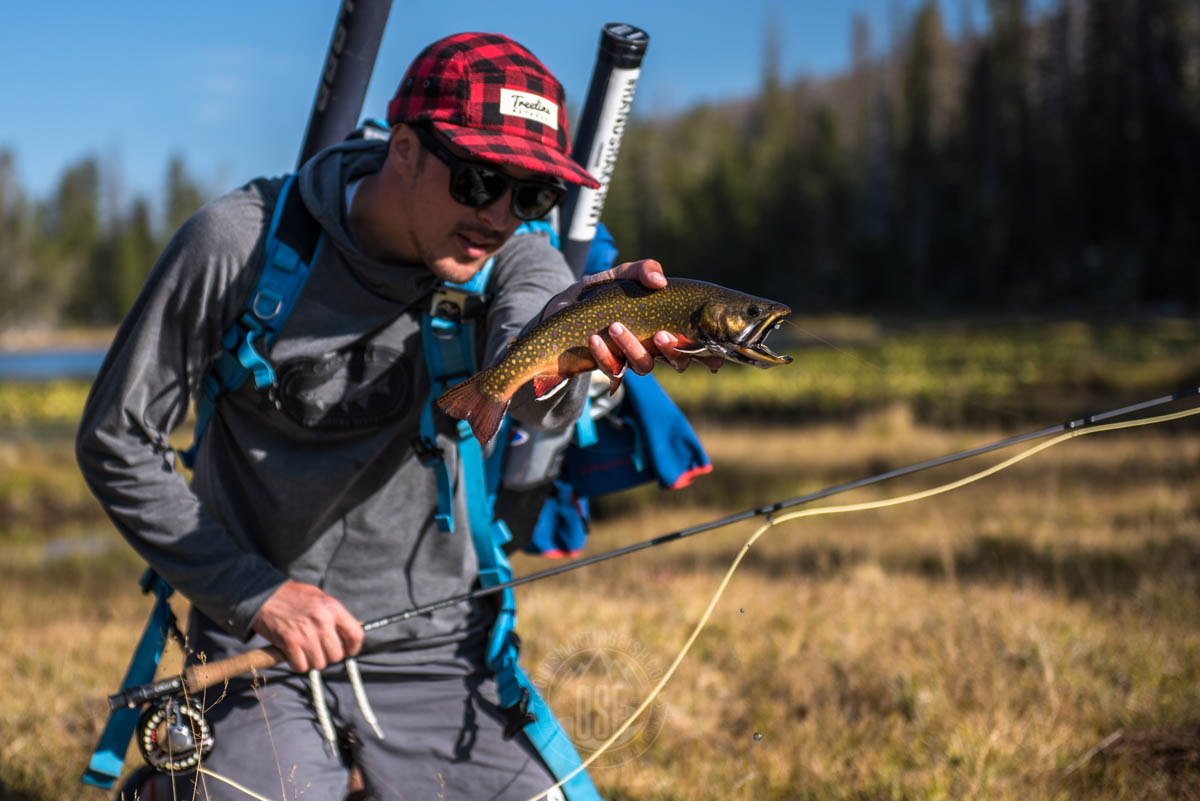 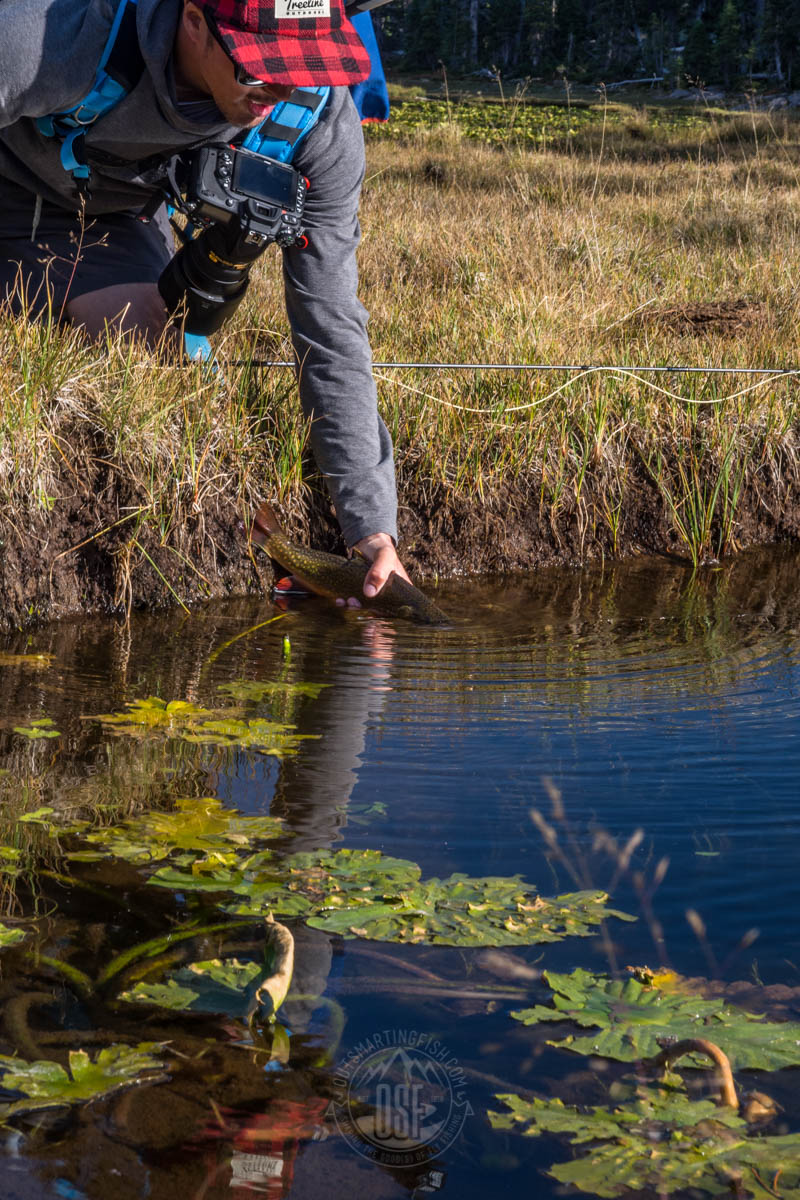 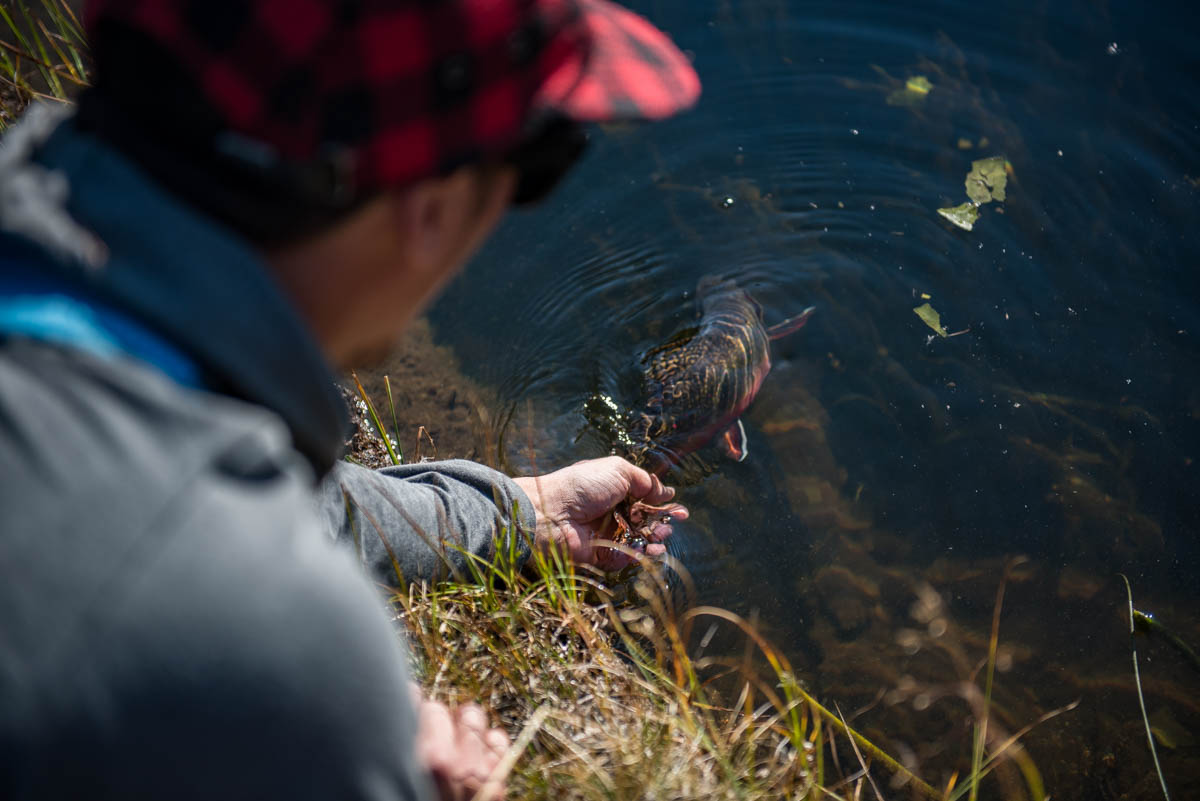 After missing a few more fish vertically hand-lining sections that were too narrow to high-stick vertical jig effectively, I came to a really narrow channel that was about 6ft long and only about 4-6 inches wide. The surface of the water was about a foot down and I could see that the water was another foot or two deep. It looked prime. I dropped my fly in at the head of the channel (where it was wider) and swam my fly down the channel a bit. I expected a hit the first time through but came up empty. A follow up drift resulted in the same. I knew there had to be a fish in there and that I likely wasn’t getting deep enough so I decided a different approach. At the rear of the channel (where it widened to 12-18 inches. I could see the channel was super skinny but widening a bit at the stream bottom. I decided to drop my fly directly downstream the channel in hopes that the vibration of my fly was enough for any hidden fish’s lateral line to do its job even though they’d most likely be facing upstream. A few dances of the fly resulted in a fish abruptly appearing and flaring its fins. One more dance resulted in a smash. I was too filled with excitement and anticipation – which resulted in Roland Martining the crap out of the fish and breaking my fly off immediately. The fish seemed un-phased as he continued to chew on my fly that was still in his mouth. I immediately ran for a backup rod downstream. After running through the soggy field I returned and despite what years of instinct told me, I decided to try it again. Surprisingly enough, another (or the same) fish appeared and I was tight on another decent brookie!  I was hooting and hollering in disbelief at the size of the fish I was seeing in this tiny tiny water. 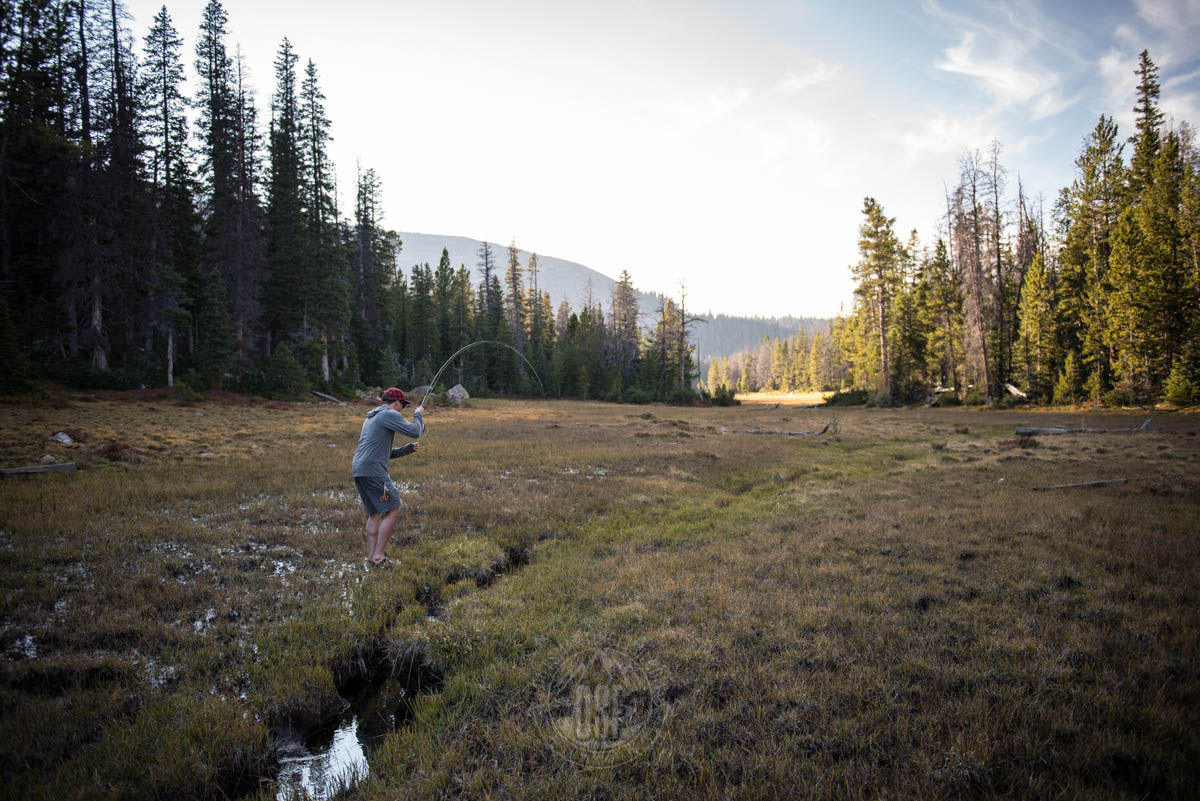 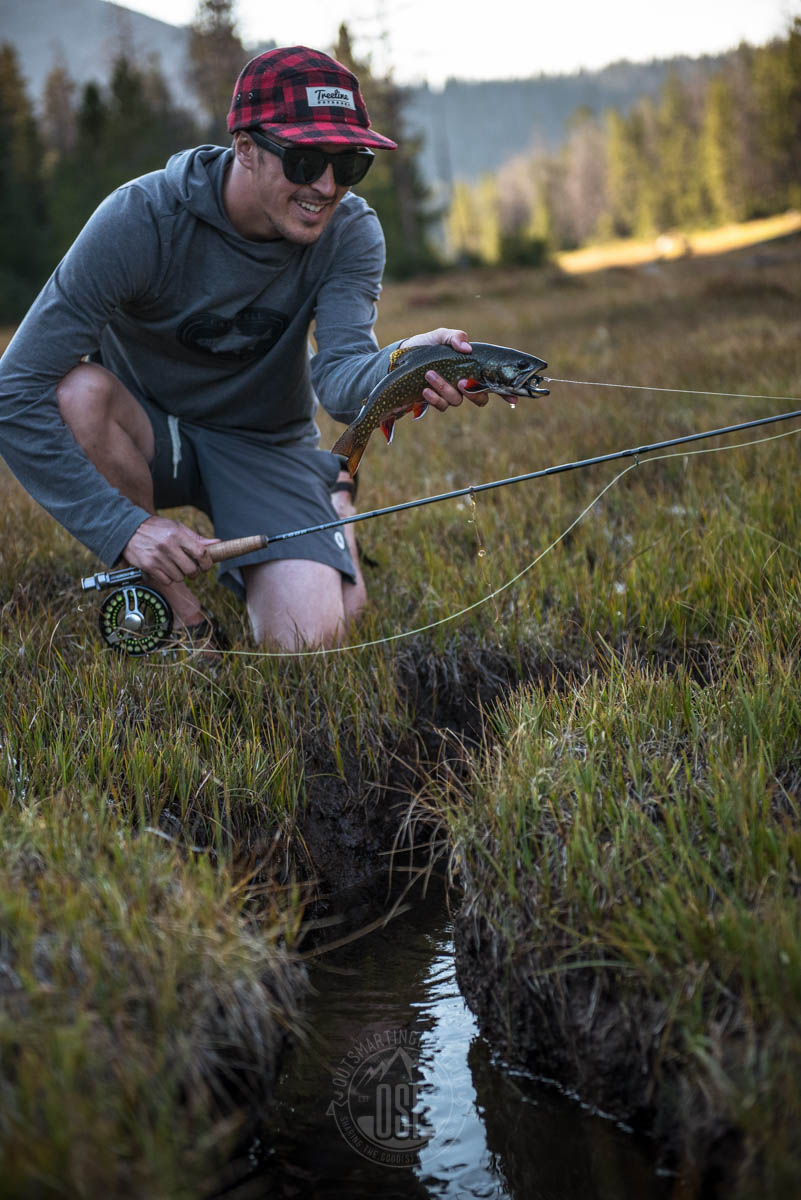 My wife informed me that it was nearly time to go and gave me a marker upstream to which I could fish to.  I scrambled dropping my fly in every likely spot missing a few more fish. My wife headed back to our gear and as I was about to call it, I noticed a primo stretch up just past my cutoff. I had to give it a shot! There were a couple logs in the water in a slightly wider spot. Upon approach I noticed the water was shollower than it looked from a distance and filled with grass.  The ‘tailout’ of the tiny ‘pool’ ran between another narrower channel and the surface just after the tailout was covered in foam. The head of the tailout was only a couple inches deep but I figured two things: first, if the foam had built up it was probably deeper and secondly, foam means security which means holding fish and willing eaters. I dropped my fly in at the head of the tailout and danced it through the foam section. I noticed an ever so slight disturbance in the foam and set the hook. Doing so resulted in another brook trout roughly 14-inches in length! Too funny. I was over the moon and hollered for the lady’s return to snap a few pics. She graciously obliged. 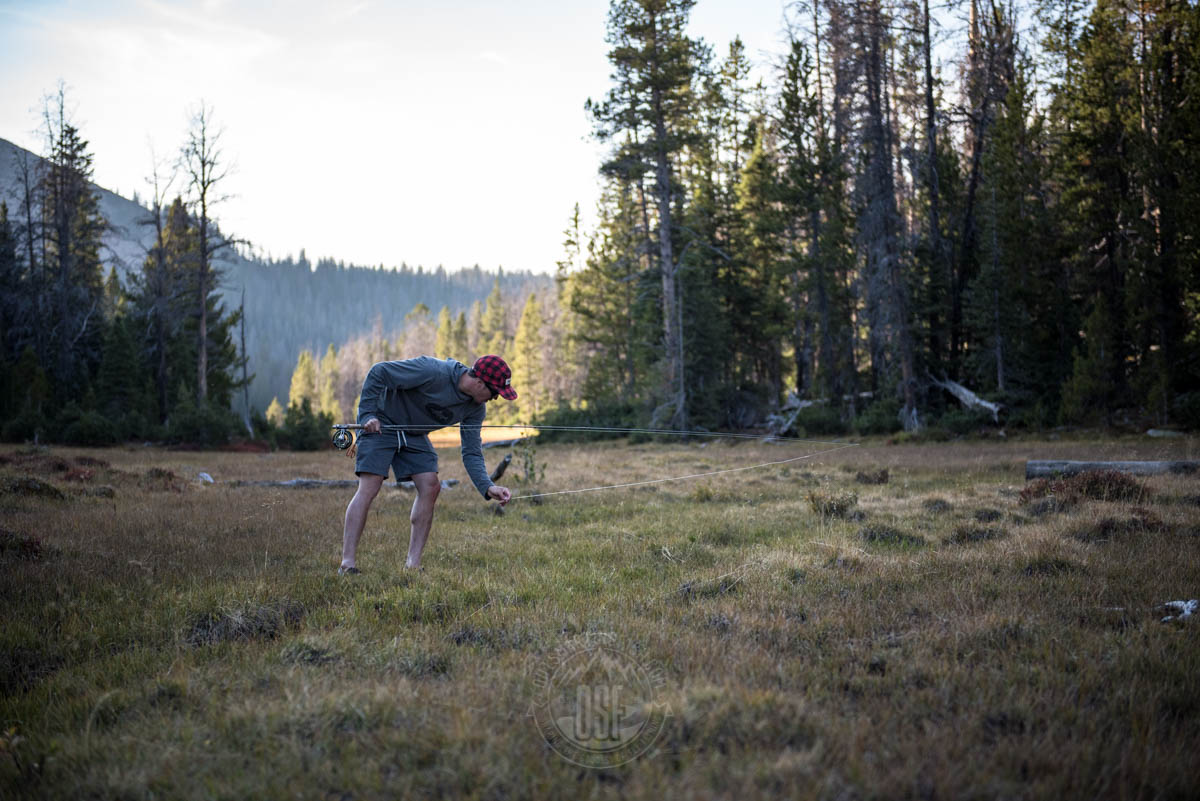 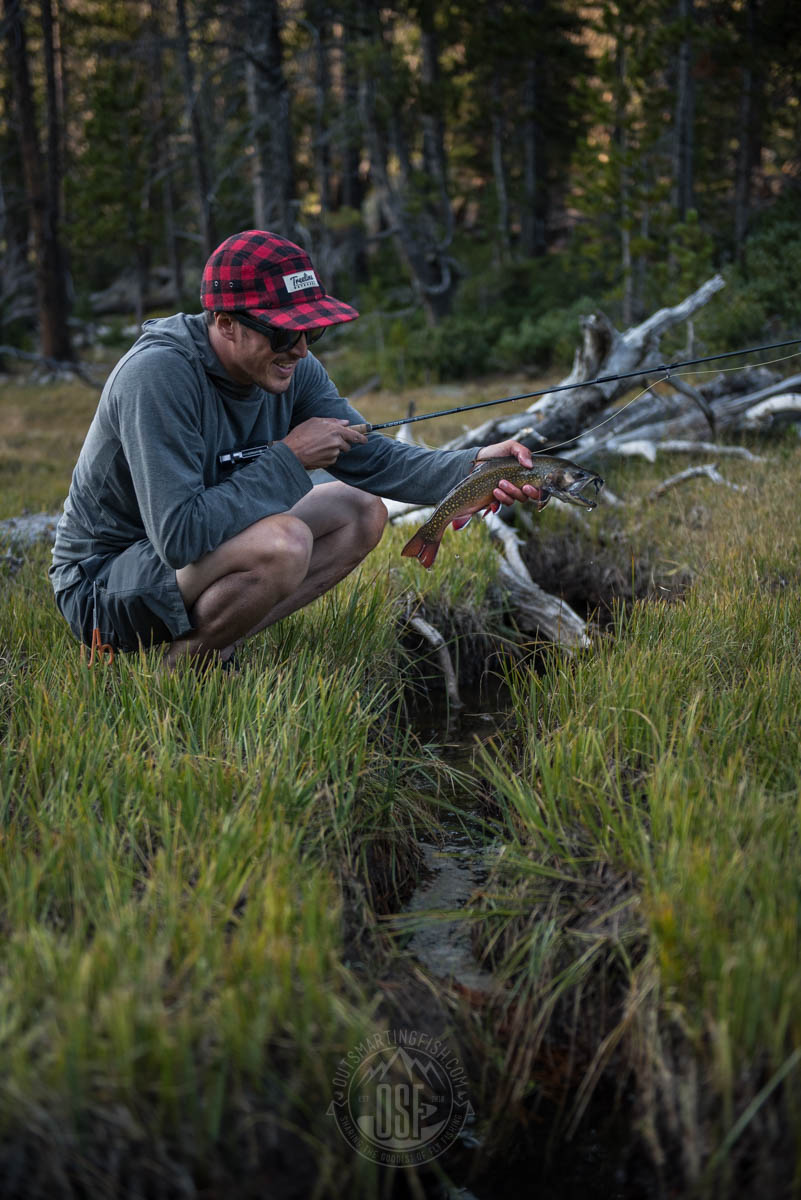 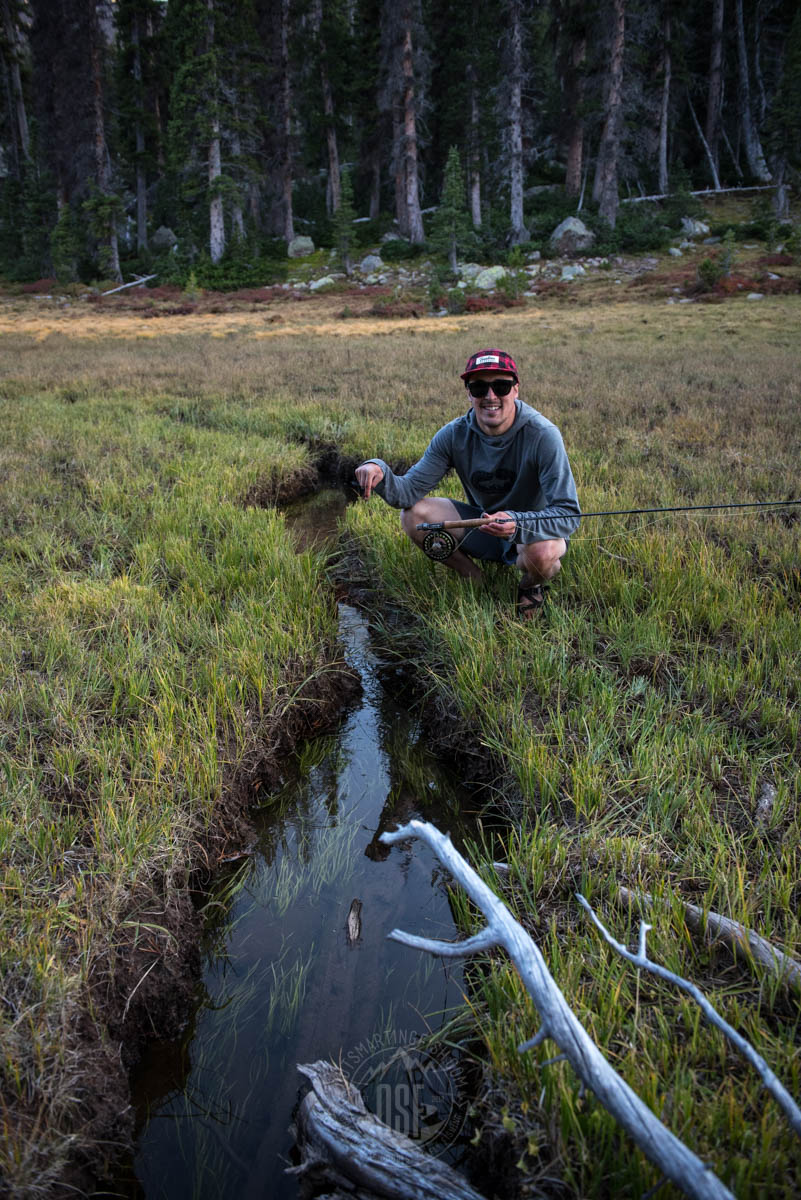 Although it was an extremely limited window of time, it was some of the most giddy-laugh inspiring fishing I’ve ever done. It reminded me how much I hate brook trout and the places they live. 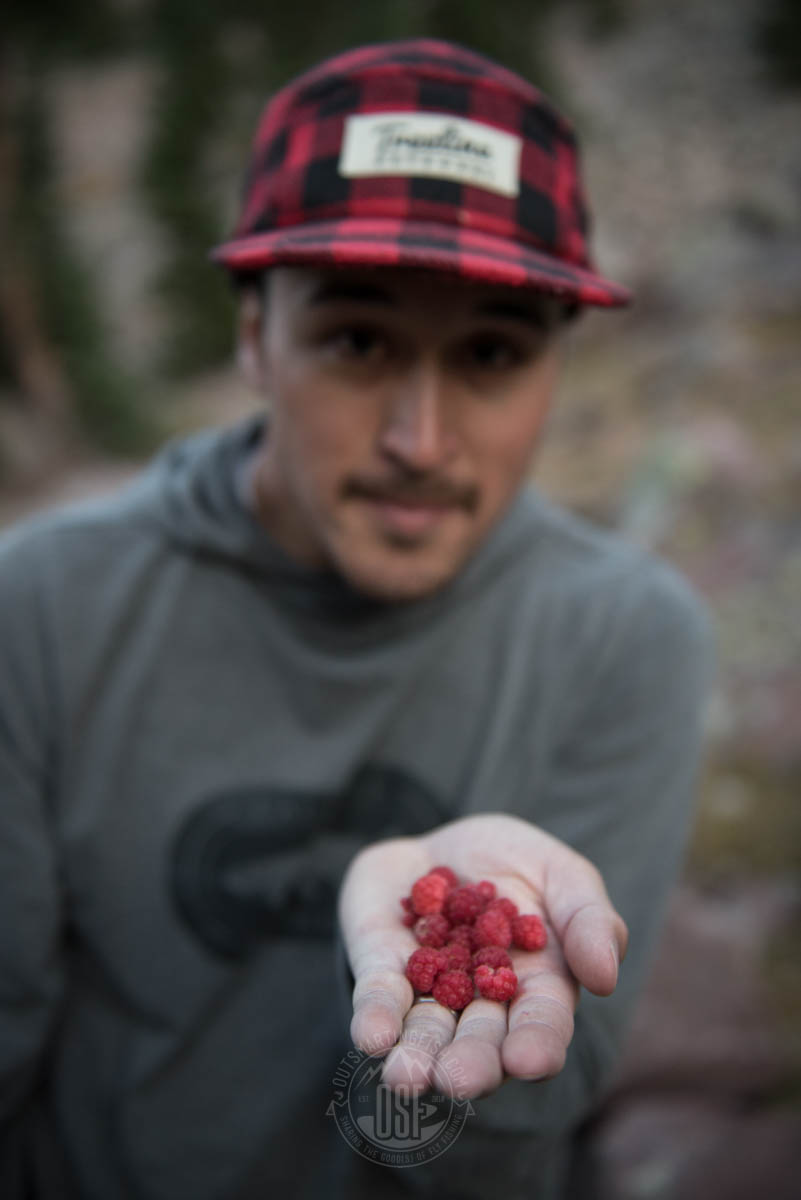