Salmo trutta. There’s something about brown trout that has kept them on the top of my favorites list. They’re bad.  The thought of a large, kyped-out brown trout lurking under a deep undercut bank, or at the base of a logjam is almost too much to handle as I sit here writing this.  Fall is an especially fun time to fish.  It’s at this time when Salmo trutta get especially angry.  Is it wrong that I enjoy making them angry?

This particular day of teasing fish was especially good.  I love streamer fishing. Stripping big streamers brought many nice fish out of their lies.  It never gets old casting to a probable spot and seeing a fish ambush your fly.  Or watching them chase your fly out of the deep, taking swipes as it’s stripped in – sometimes nearly all the way back to your feet.  The colors on these fish were amazing.  Some of them looked completely orange as they showed themselves.  While the day was filled with exciting hits (and misses) there was one particular hole that was incredible.  The water came through the middle of two larger submerged rocks and formed a deep pool.  I was positioned back from the edge of the river and placed a cast up and across stream on the back side of the far rock.  As I stripped back I saw a large brown trout following my fly out from the depths of the pool.  He followed it nearly to the rivers edge, turned, and headed back to the depths of the pool.  My heart was racing.  It was a big fish.  I gave it a moment or two and the same scenario repeated itself.  Great follows with some swipes but nothing solid!  I couldn’t believe it but it was finally my third time luring him out of the hole he finally smacked the fly – again right near the waters edge!  I set the hook and the fish immediately jumped out of the water and into some even shallower water: maybe 6-inches deep.  It was then that I saw just how much girth he had.  He must have been 6lbs+.  There he thrashed around and after a few flips and flops he through the hook.  My heart dropped as I watched him return to safety of the pool.  I knelt down and gathered myself.  Bonkers! 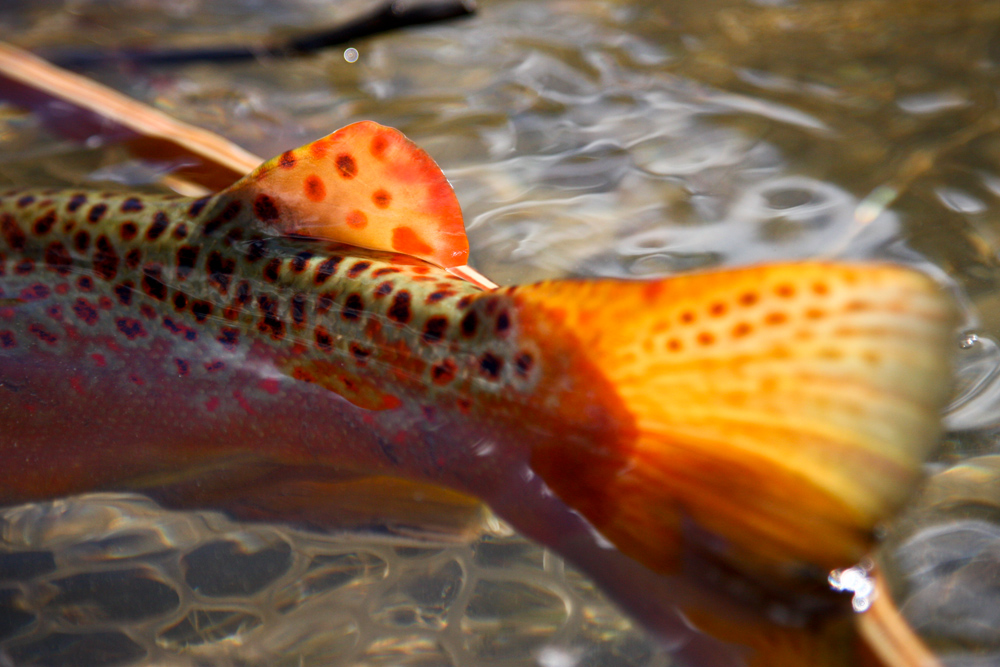 I after sitting there gathering my thoughts for a moment or two, I check my leader and re-tied.  I continued to work the pool and began getting the attention of another nice fish.  While not nearly as big it was still a great fish and had some amazing color to him.  It was behaved much like the last fish and seemed somewhat shy – yet persistent.  I lured him out of the hole a few times and finally got a solid strike.  After a short fight I landed one of the prettiest browns I’ve ever caught.  It was fire orange with a great kype – a perfect Salmo trutta specimen.  After some attempts at some photos I sent him back to chill with his big brother.  I continued to work the hole with not much other action. 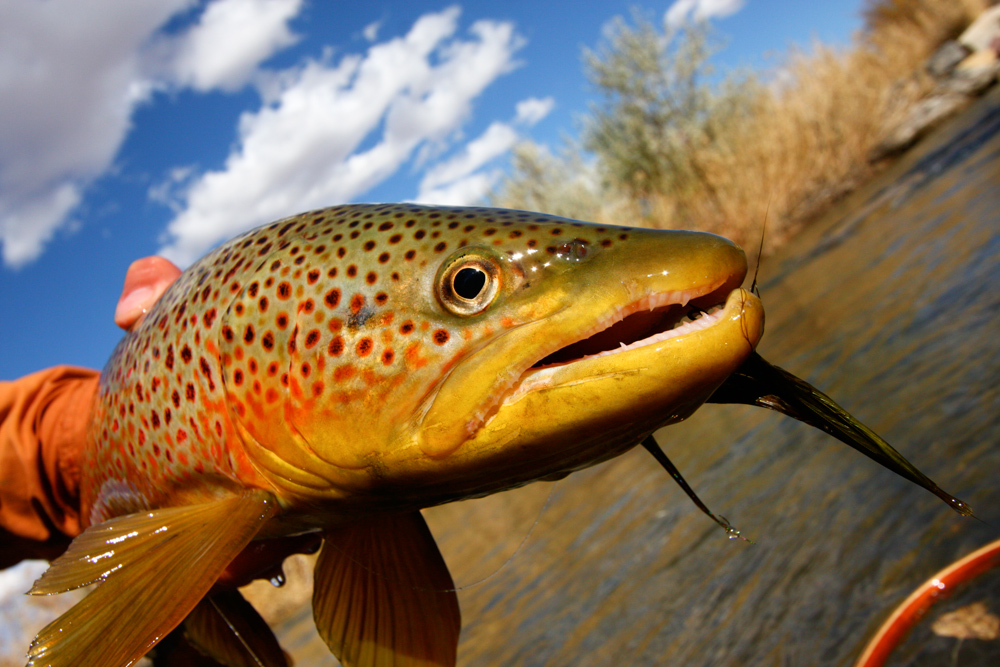 I entered the water and began fishing the top of the hole above where the water was broken up by a few large rocks.  All of a sudden a large brown trout shot out of the water less than ten feet away from me.  It was crazy.  Neither I nor the fish moved a muscle.  After the fish landed I counted to a long ten to wait for the fish to settle.  I then slapped my fly down and after two strips the fish reappeared and slammed the fly.  I couldn’t believe it.  This fish looked bigger than the last.  After an angry fight I netted another solid male.  Its rich golds, greens, and silver were splattered with black and flaming red spots.  It was a great fish.  This hole definitely left an impression for future trips.  I sent both fish on their way with messages to let their bigger brother know that I’d be back for him – and with three great fish in one hole I knew I would be. 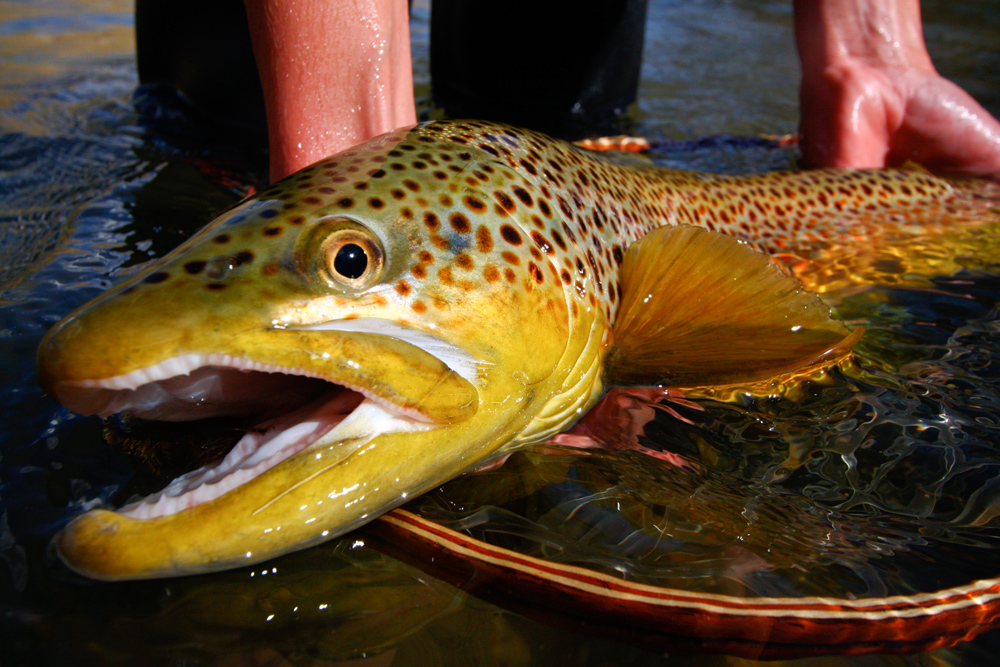