It seems like everytime I have been to Montana lately the weather has tried to shut me down. Rain, lightning and hail. I get a few hours each day to go chase fish and the weather suddenly turns on me.Not that I am complaining: I am in Montana and get the chance to run to the river after work for some pike fishing! 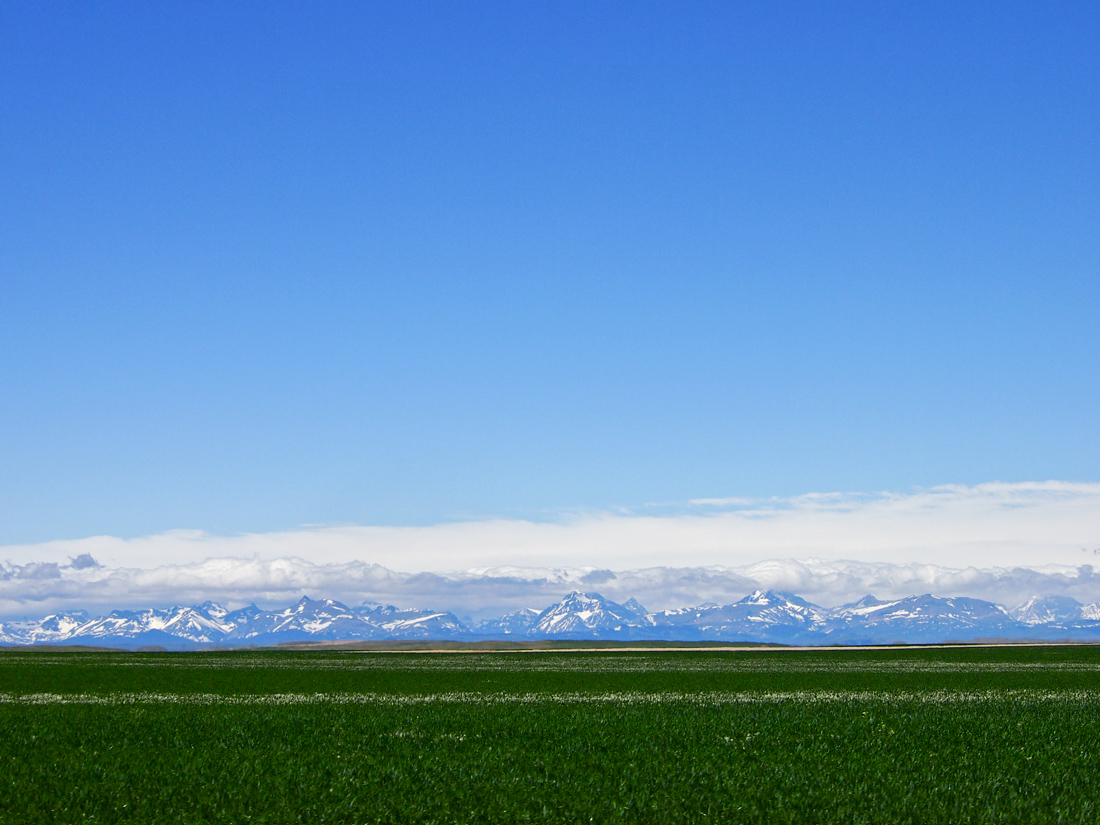 I had already made several attempts to hit the water hard as I knew the pike would be actively feeding in the high water along the thick weed beds that would soon become wheat fields again. As I loaded up the canoe and drove to the spot the sun was shining and it just felt like it was finally the day to mess up some toothy pike. Paddling down to the spot I became more and more excited as I scanned the banks and saw the waters where at prime depth to work my favorite zones that always seem to produce fish.  It wasn’t long until my

9wt. was bent fighting an unseen creature below that had demolished my 6″ streamer! With only a few hours to fish time was of the essence and I made the best of it hooking up with 9 fish in total and landing 5 of them. It was a day when the dues paid were refunded. 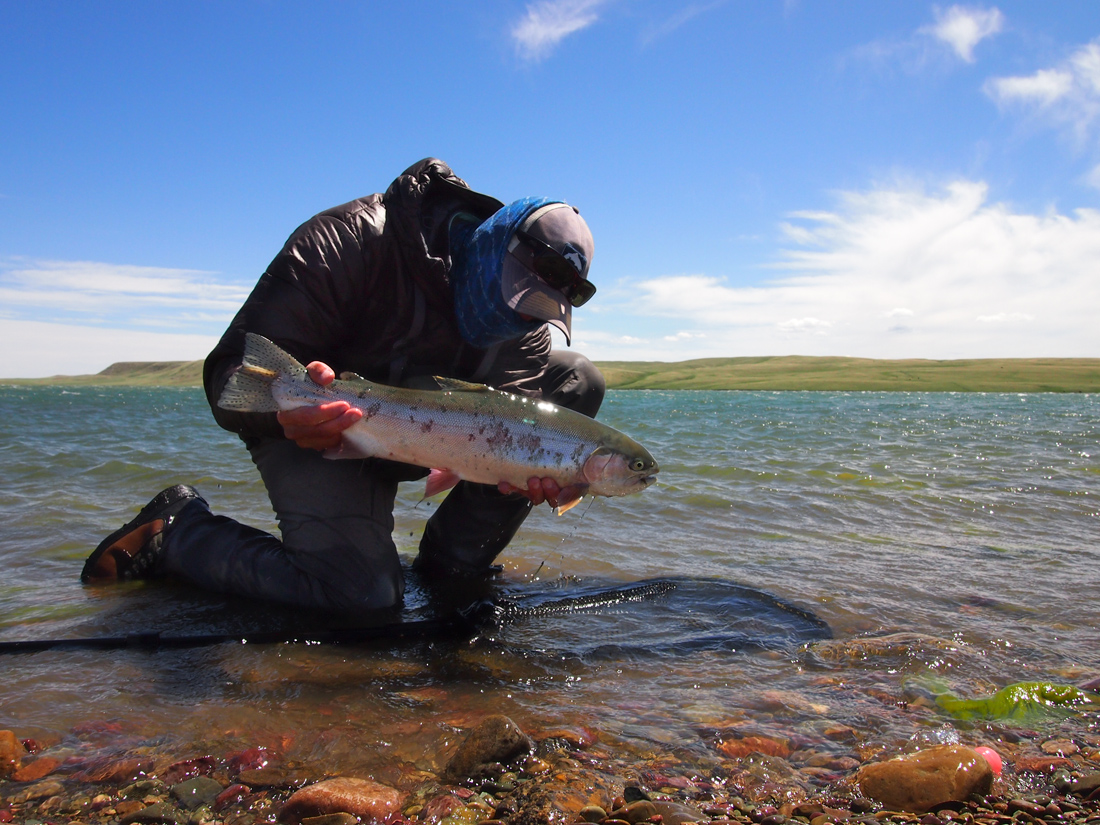 On the whims of high hopes I headed to a favorite area lake and tested the newfound luck on some trout. Things looked good upon arrivial producing a few hits and one fish landed, however the rest of the day proved tough. I was tested with the promise of more large trout but the lake never gave up another trout for the rest of the day. Slightly dismantled with the loss of lady luck, heading home seemed the only logical thing to do.  On the way home I spotted some wildlife, but it was only a big Bison that merited a photoshoot. Happy trails! 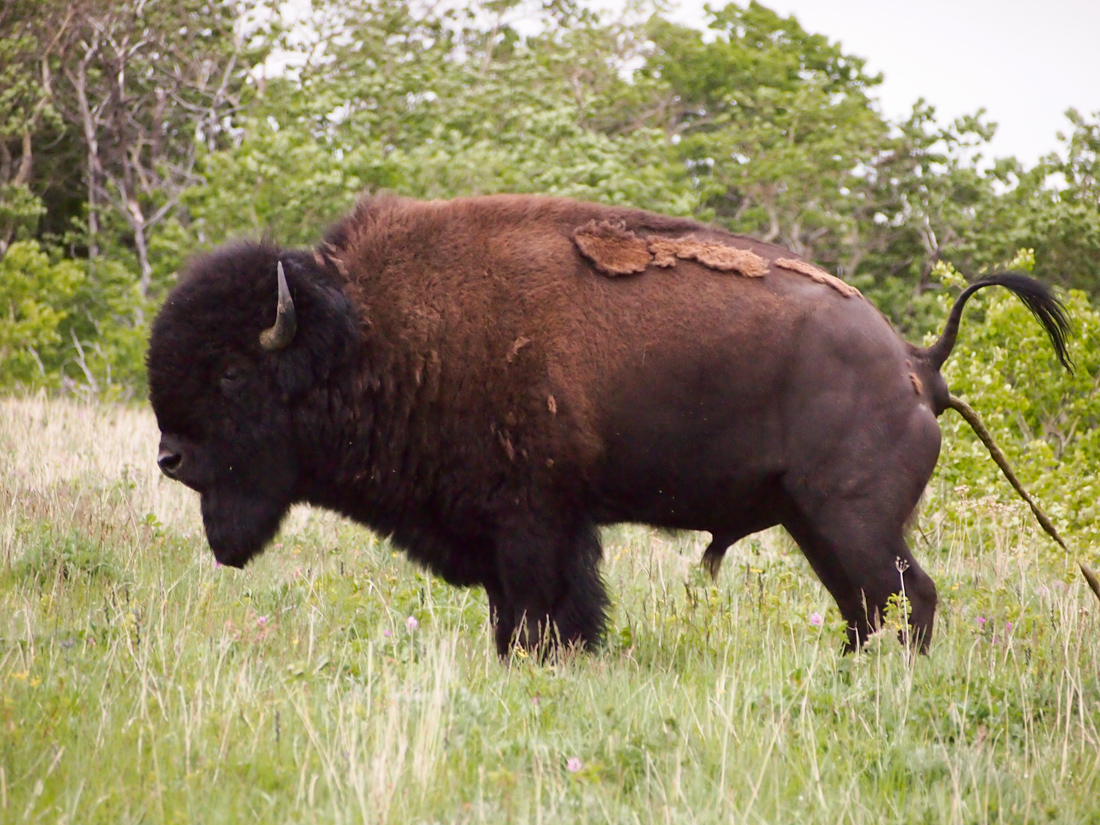 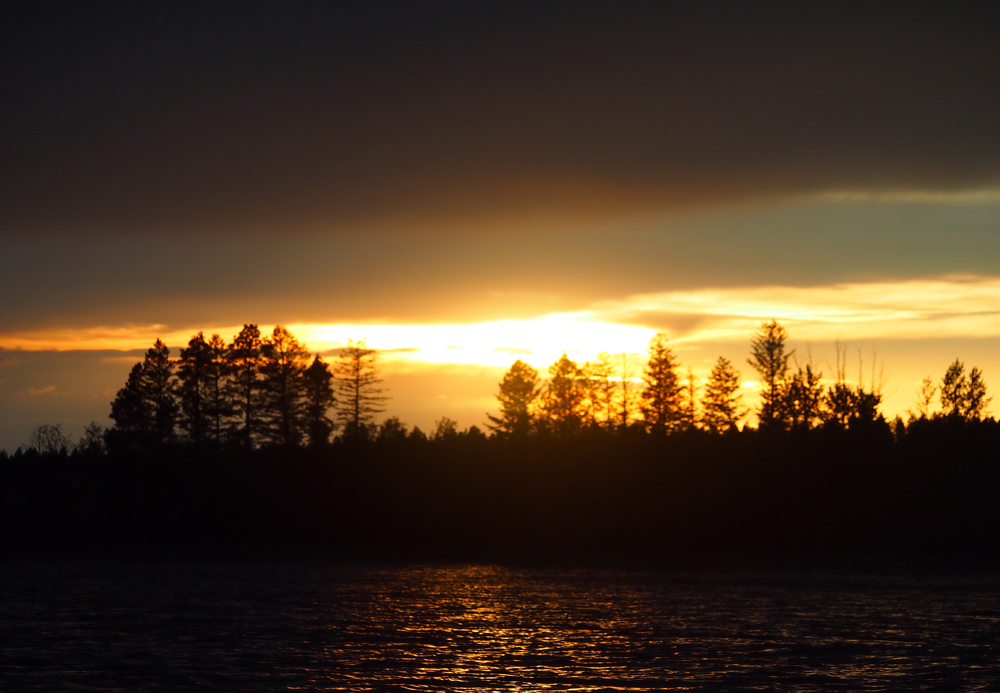