We’ve spent a number of nights out in the dark lately with menial results. He’re is one of Phil’s successes:

Despite the need our physical bodies have to sleep, night-time opportunities to catch over-sized trout have again taken precedence…

Derek and I decided last minute to throw some mice at night….again.  It seems as if there has been a common denominator in regards to our success this spring/summer catching some of our best fish ever.  Tonight would prove similar.

As the sun set, orange in the west, we started working downstream, throwing scary-big streamers at the banks.  However, after an hour or so, we were left wanting with only a few boils and short takes.  Nothing wanted to stick.  We decided to move upstream a few miles and try our luck at a proven “big brown playground”.  Just as it was getting dark, we noticed some caddis coming off and a few decent noses.  I decided it was time to ditch subsurface tactics and go with the tested and true, orange mousey mouse.

It seemed like a good choice, as my first cast resulted in the all too common, “Freak!  I missed him!” that often plagues anglers fishing mouse patterns.  Even the craziest of highly engineered stinger ties weren’t sticking…again and again…….and, yep……..again.  (My brain is finally wrapping around the inevitability of missing numerous fish while mousing.)

We moved to a stagnant backwater and continued blind casting.  Ironically, Derek and I were quietly conversing about a ridiculous bow I had landed just months earlier on the very fly I was throwing when finally………the water  burbled……….and the orange mickey mouse clubhouse stuck… again.

The fish pulled hard and immediately shot for the nearest log jam.  My over-gunned eight with 20lb tippet were inimitable as I wrenched the fish away from the jam and eventually to Derek’s orangutan sized net. 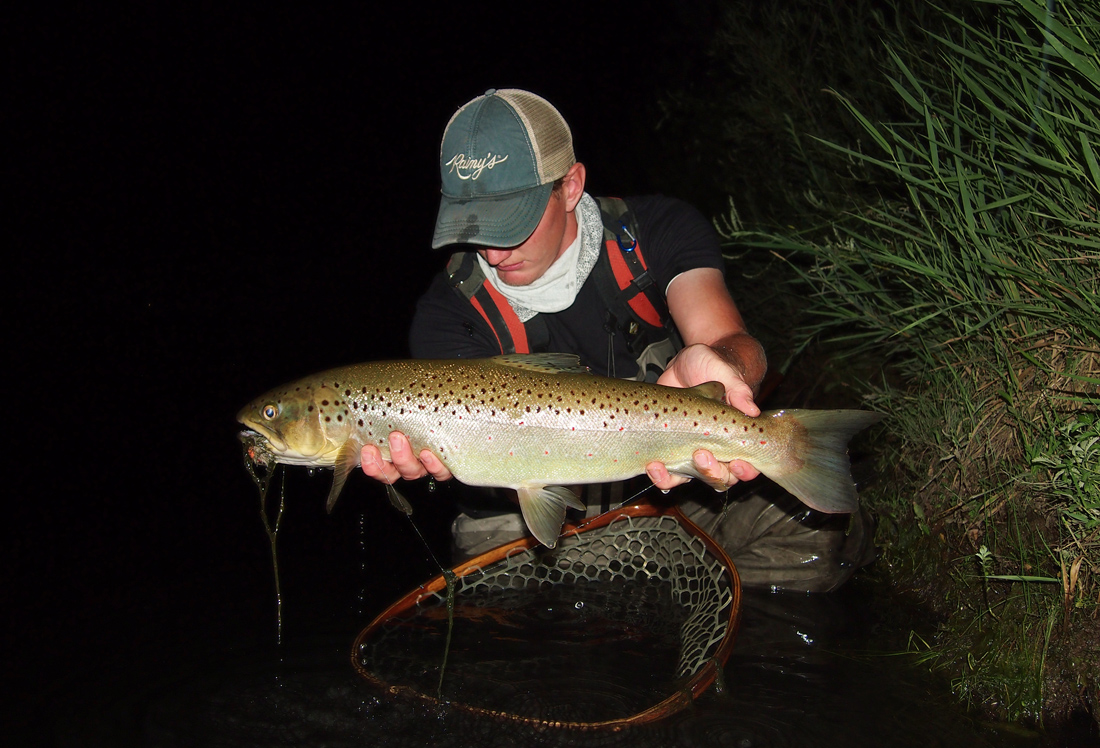