Brown trout are my favorite – especially big brown trout! They’re just plain bad! They’re the fish that are inhabiting that deep dark hole that you just know holds the fish that your dreams (and nightmares) are made of. That deep undercut bank, that jarring take on a moonless night, you know the type. Kyped out and bad to the freaking bone. I’ve been on a mission for some time now to try and coax one of these unruly creatures into my net and so far I’ve been unsuccessful. I’ve had my share of close calls with the unruly: chased down repeatedly out of a deep pool and subsequently head-shaken loose; stopped dead in some slow moving water and left slack-lined – but not tonight! Tonight we would be doing some night fishing for big brown trout.

Right place, right time. That’s the bottom line. Combine that with one of Derek’s gnarly nasty big streamers and it was a match made in heaven. Derek and I had discussed  off and on the possibility of finding some meaty browns in this particular water after a large predator was spotted some time ago and a brief stop on our road trip was the perfect time to try. It was black out. I approached the water’s edge and peeled line off my reel to hurl my first cast out into the darkness. The sound of my reel broke the silence and after a few hauls my giant streamer splatted on the waters surface. I slowly counted down and started a slow retrieve. Six or seven strips in I went tight. It wasn’t a hit – it was a dead stop. I set and immediately felt weight. Slow sloshing on the surface told me that this was no lightweight. “I’m tight!” I called out to D. This was confirmed with some thunderous headshakes. I frantically got my excess line on the reel and the beast met me half way as he bulldogged out to open water. “I think it might be HIM!” He wasn’t wasn’t a rocketship like many of the larger bows I’d hooked before – it was different. It was a somewhat controlled but undeniably powerful. I applied constant heat on this fish not wanting to give him the advantage for a minute. I still didn’t know what I had on the end of my line but it felt like if he wanted to he could rip me a new one at any moment. I wanted to end the tense fight as soon as possible but I simply couldn’t move him. I kept constant pressure and before I knew it Derek was in the water with “the livewell” ready to scoop. With a click of his headlamp he quickly spotted and scooped him up like a freaking champ. “It’s HIM!” he literally shouted out. Our shouts echoed in the darkness and I giggled like a man over the sight. Ya, I tend to giggle like a little girl when I fish. I literally couldn’t believe my eyes when I looked in the net. It was the biggest brown trout I’d ever laid eyes on. I reached in the net and hoisted the beast up. I’ve held some great fish before but this was the first fish that felt truly heavy.

We captured the memory and sent the bad boy packing. Don’t really know what else to say. It was an absolute beast-mother of a specimen. Not just a big brown trout – but one of impeccable proportions. Shoulders like an ogre, a scary kype, and an overall build that you wouldn’t believe for a fish over 30…a straight thug.

Although I kept fishing that night, I was mentally one and done. It was the best freaking cast of my life. 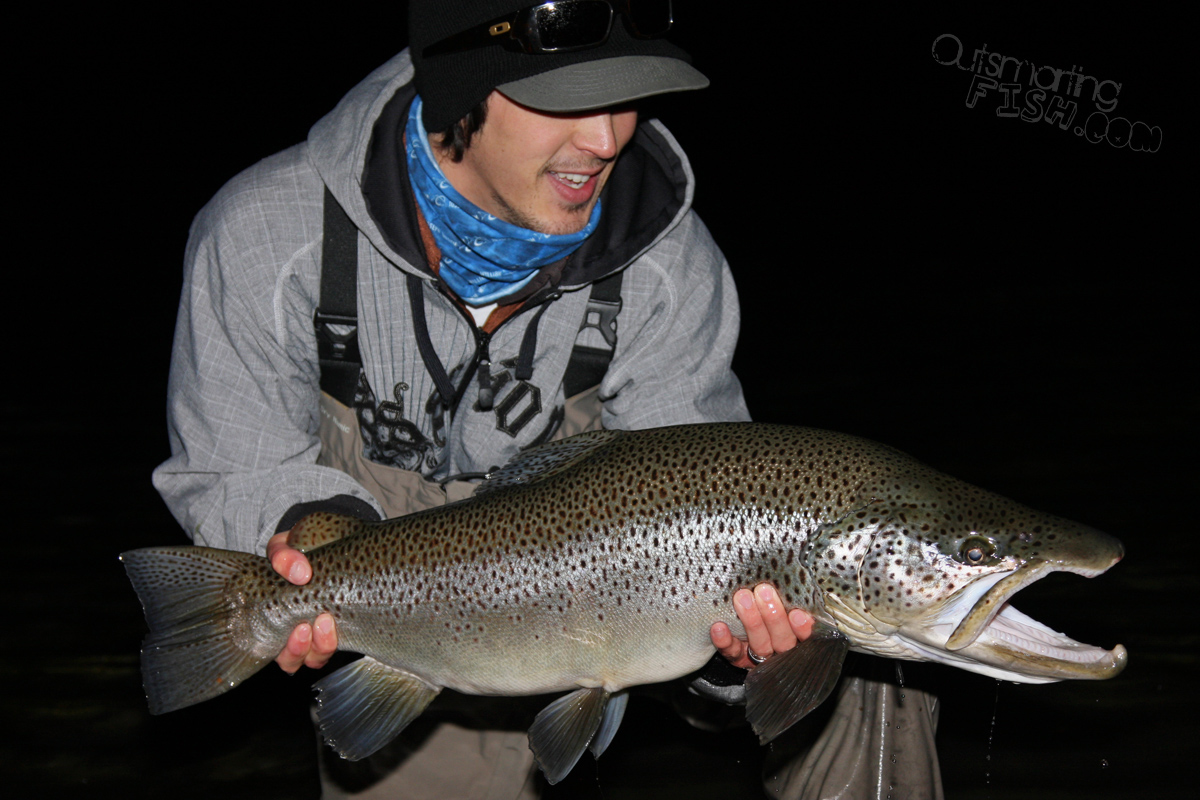 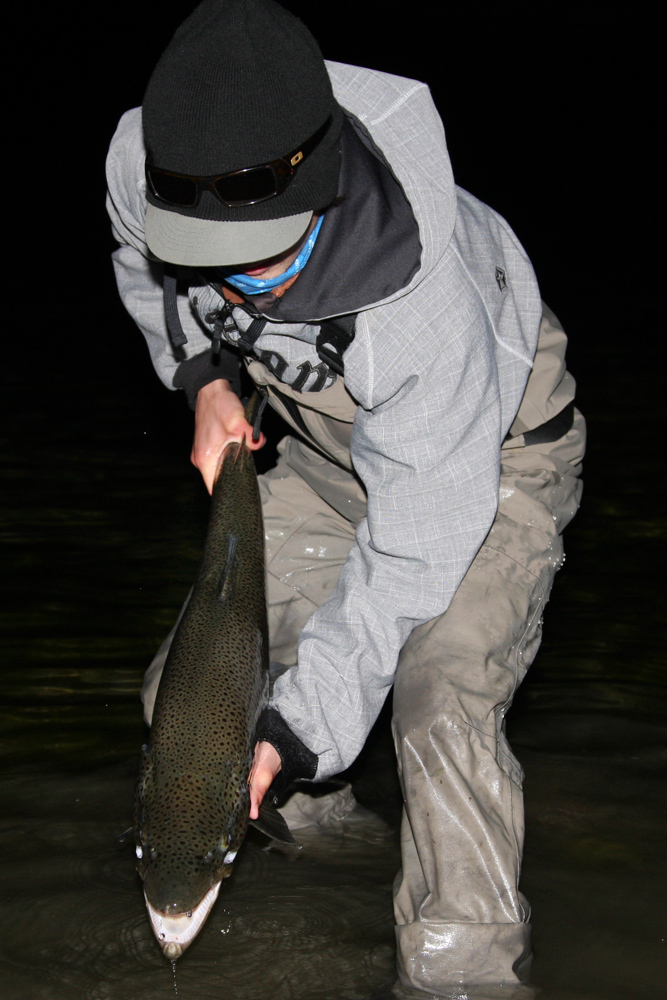 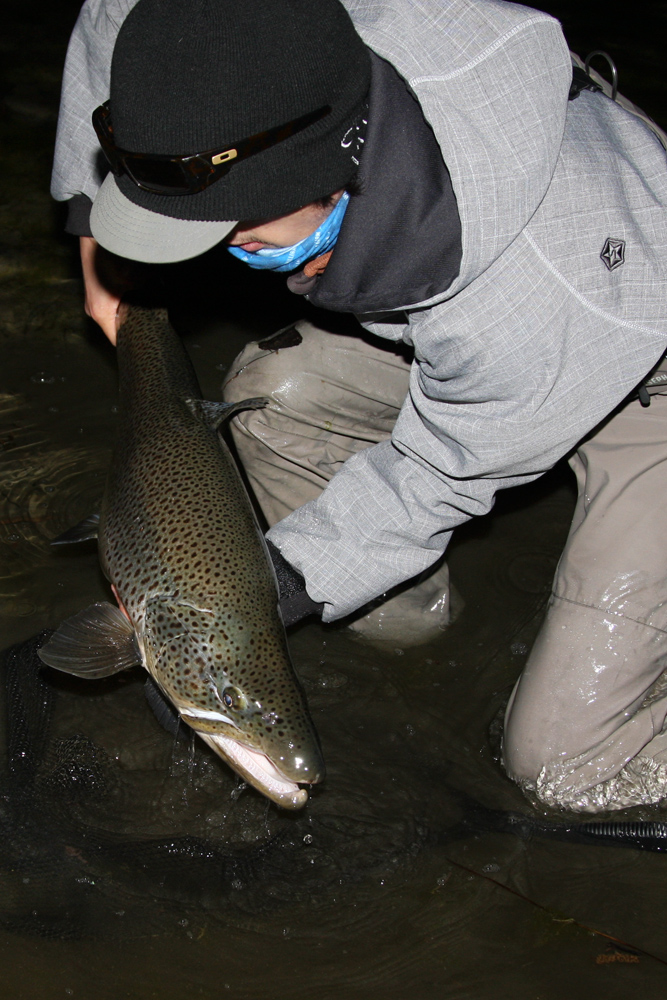 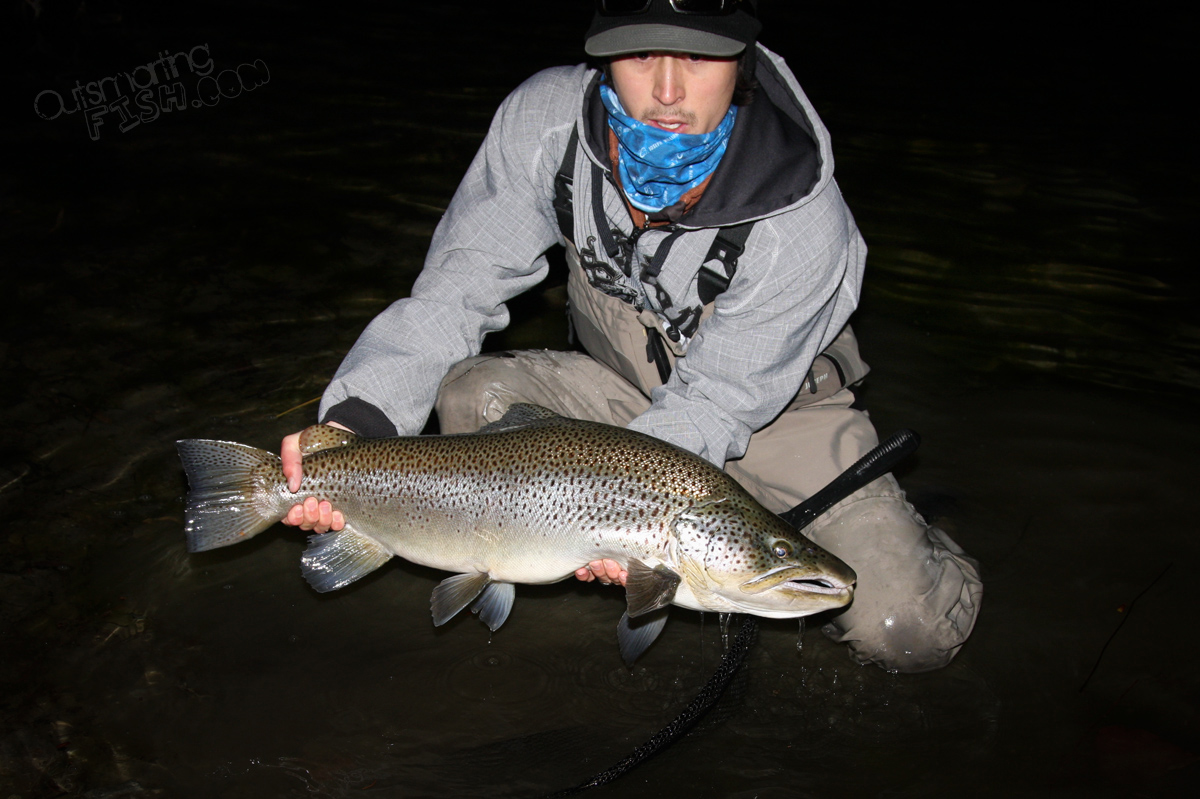 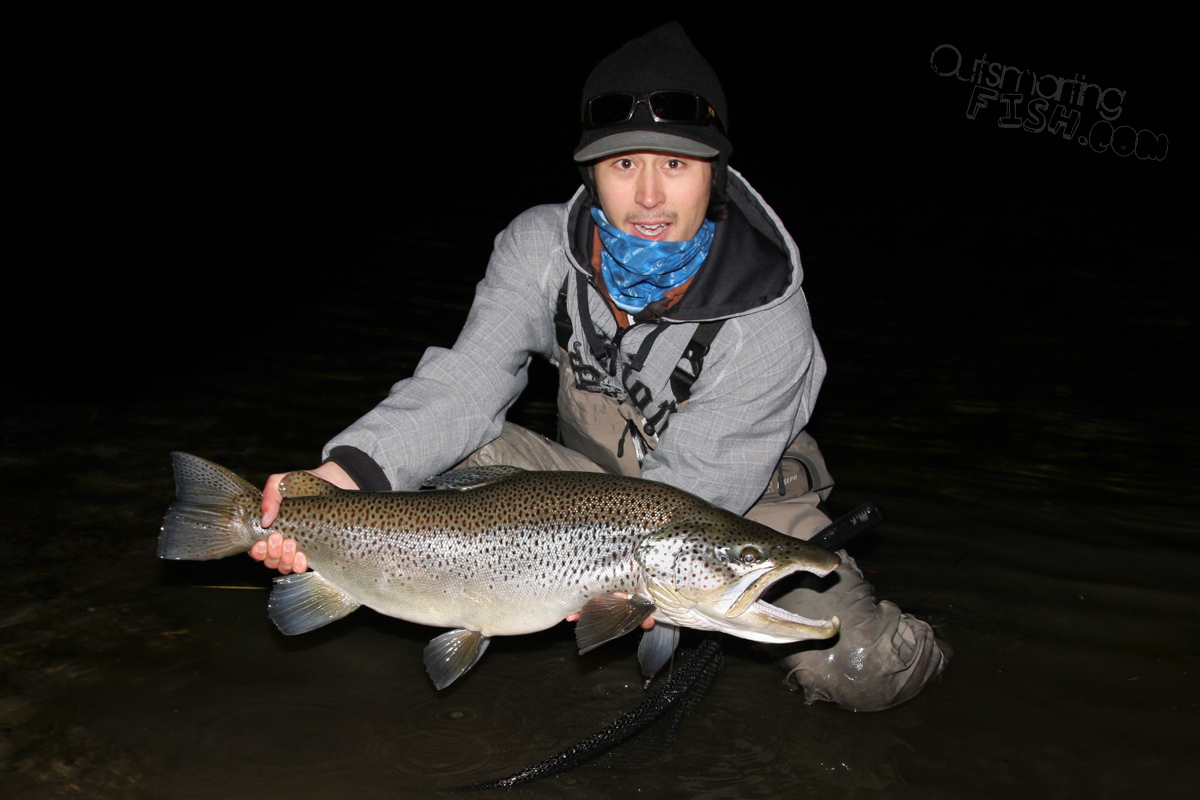