After a week of pure sweetness we were down to our last day. We traveled back to “Jurassic Lake” – the place that had shown me the biggest rainbow trout of my life. I was stoked. We wouldn’t have all day to fish it, but much of the evening – which we hoped would offer us the best fishing. Jurassic was void of people and we began fishing where we had picked up fish the time before. Occasional risers helped us narrow down the active fish. Derek picked up the first. It was a super dark colored male. Then later he hooked into another that felt much bigger. It took him in some weeds and busted him off. After Derek saw some action I hooked up with a beast! It jumped after the hookset and I saw a bow that again had to be one of the biggest trout I’d ever seen. I played him in close and unsuccessfully avoided a large mass of weeds. He got stuck then busted my 3x tippet like it was nothing. Dangit! That’s it. I subscribe to the theory that fisherman can usually get away with fishing larger tippet than they usually do. I believe the main concern that one should consider when deciding on tippet size is that of drag and your fly moving naturally and NOT that the fish is going to see your line and shy away from your fly because of it. We’re talking about hundredths or even thousandths of an inch here! Awhile back, Grant had turned me on to fishing mono loop knots and now I fish mono loop knots exclusively, so I believe that helps my flies have free range of motion. After breaking off what would have been a great fish I clipped my tippet and tied on some 0x. This should be interesting. If I could pick up a fish using 0x tippet under an indicator with a size 12 hook held by a loop knot then that would be more personal confirmation to this theory. 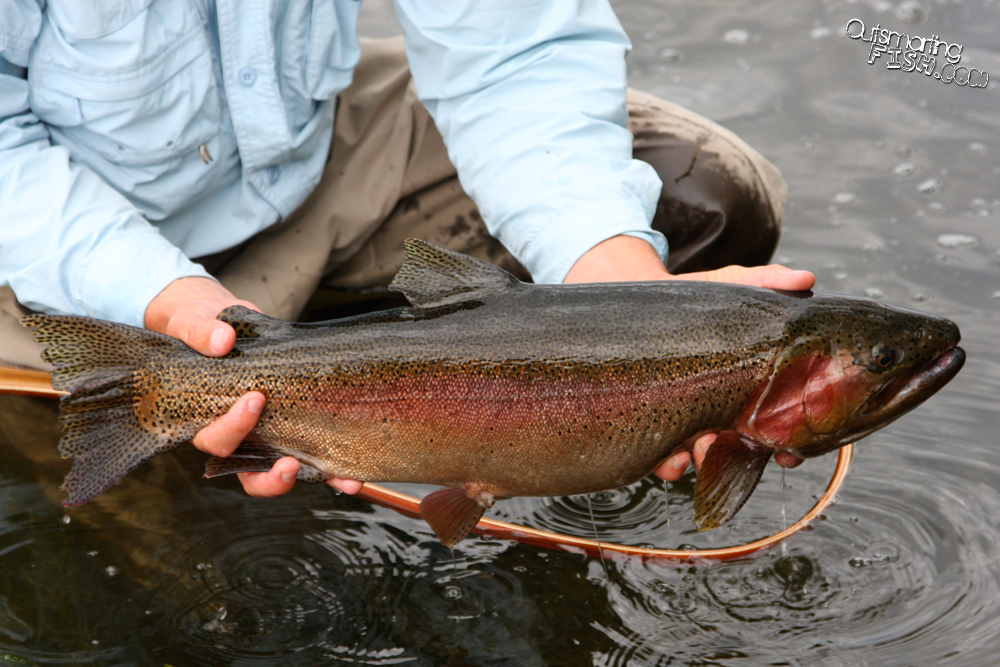 We moved to another spot. After some moving around and changing flies/approaches we found ourselves fishing in a small sharp bend in the lake. There was a good chop on the water blowing my bugs right back toward me. My indicator drifted towards me and about fifteen feet out it slowly tanked. I set the hook and felt a strong pull. Dang man, I had another really nice fish on. When Derek netted it I was astonished by its size. It was much bigger than I expected. After carefully taping the beast it came out to be one inch longer and about a half inch bigger around than the big female that started out the trip. Now that’s why we came back! More big rainbow trout!

After releasing the fish I had an overwhelming sense of satisfaction. I couldn’t have asked or even hoped for a better trip. Starting it off with some stillwater and the biggest trout of my life and ending it with one that was even bigger. In between were many memories of other beautiful fish and beautiful places. We walked back to the car with a gorgeous sunset overhead and felt full of gratitude for the lives we lead that allow us to take this time and enjoy such beautiful moments. Life is good. 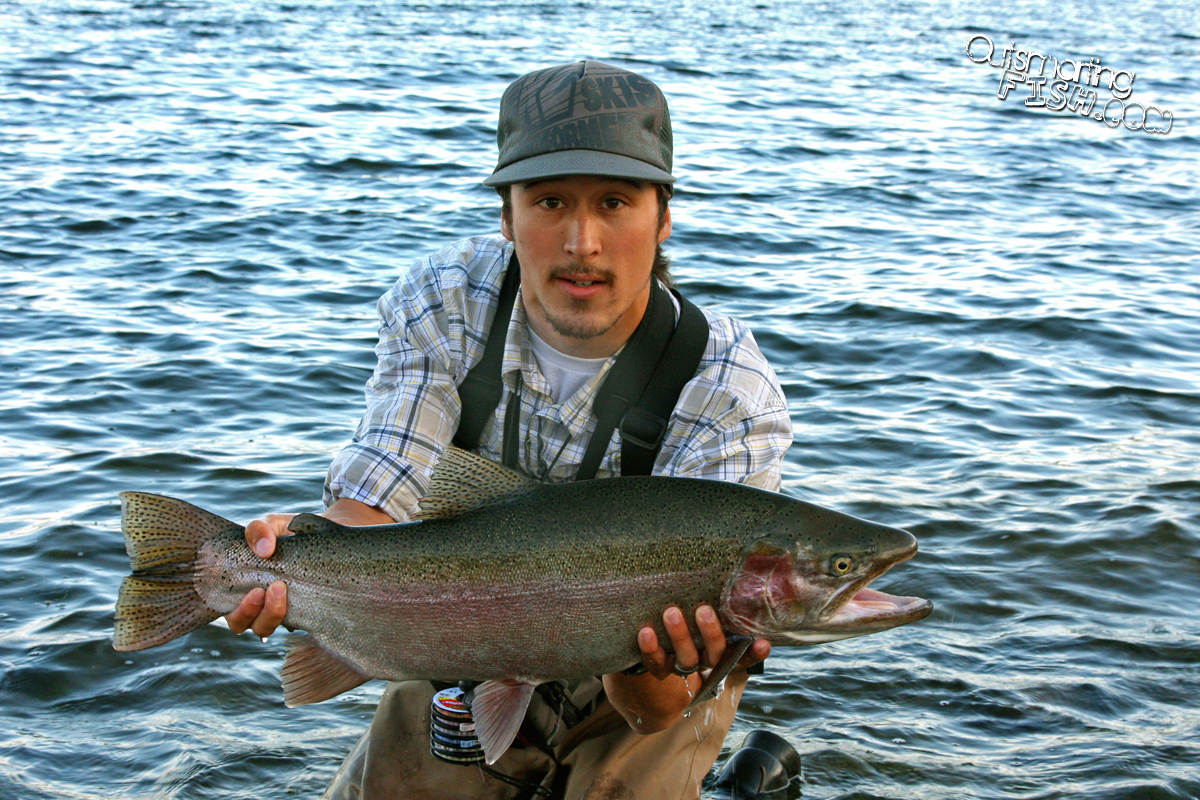