I’m on a mission to get my wife hooked on fly fishing. When we met we were both really into shredding the gnar but the way I look at it is that when we’re old and feeble we can still travel and hit the water together. The beatings I gave myself on the snow will probably ensure that those days are sooner rather than later. So far things with the wife have gone relatively well. We’ve been married five years now and I’ve only taken her out a handful of times and have practiced casting in the yard about the same number.

I’ve been wanting to get her into some tigers for awhile now. I figured she’d get a kick out of sight fishing for them and then fishing for them on the bung would be an easy way for her to get into some  fish that can tug back. I think that fishing with your wife or girlfriend (or any female that isn’t an avid angler) always has the potential for interesting results but I just hoped that I’d be able to get her into some decent fish and get her hooked for good. She’s had a lot of fun when I’d taken her before and I figured that she wouldn’t quite know what to do with herself hooking into some fish that will fight back.

We didn’t get on the water as early as I usually do, but I guess I should mention that at this point my wife is about 8 months pregnant. All the same the timing was prime to stalk cruisers in the shallows – it was nerve-racking. I coached her as we tip-toed along the banks and I spotted fish for her. The highlight was casting to a two foot tiger as it munched in a foot of water. It cycled back and forth but unfortunately, nerves got the best of her and she couldn’t quite entice an eat. No worries. Next time!

We had a bit more luck on the bung. I spotted a couple really nice cruisers and didn’t really get the looks I wanted so we posted up in the area and tossed out some indicator rigs. We 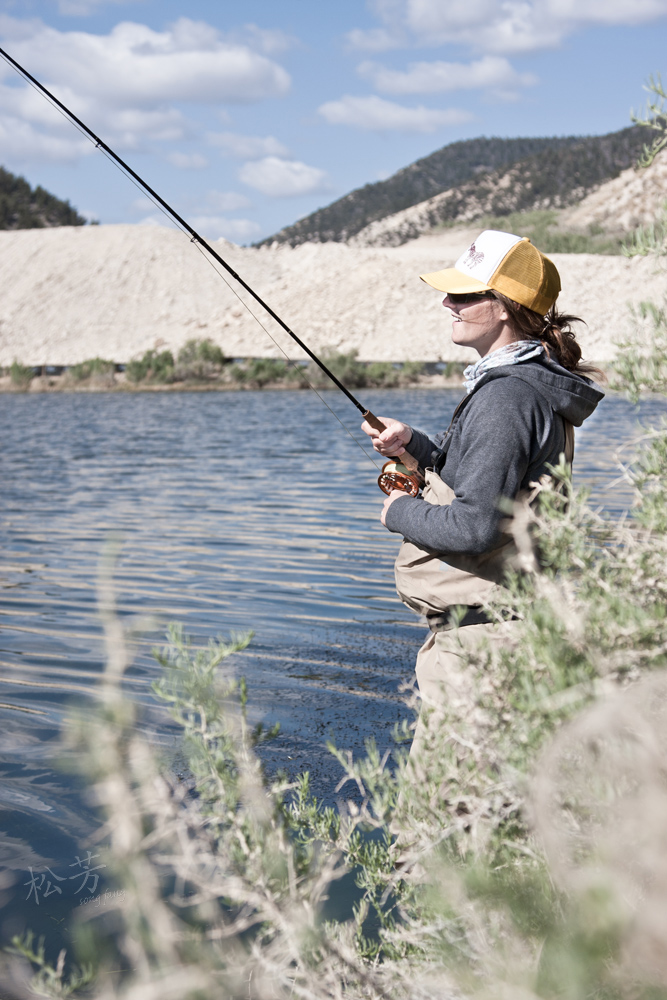 practiced her roll cast and before long I put her in a spot where she could practice on her own (she gets sick of me trying to help!). “I got one!” she shouted out. I looked over to see her rod doubled over and her frantically stripping line in order to stay tight. “Booya!” I yelled back to her. “I don’t know what to do!” she exclaimed back as her  line began to go limp. “Strip! Strip! Strip! Just keep your rod tip up and keep the line tight!” I feared that she had lost it but as she continued to strip her line went tight again. I snapped a few shots, grabbed my net, and waded over to her. I had her get the fish on the reel figuring it’d be easier to control the line. The fish put up a good fight and soon I netted her first tiger. She was stoked. “I can’t believe I caught that all by myself!” I was equally jazzed that just as I had hoped, she really enjoyed seeing the indicator tank and bringing a respectable fish to hand. We snapped a few shots and she sent the fish on its way. Coaching was more or less over from that point. She was determined to do it all on her own from that point. 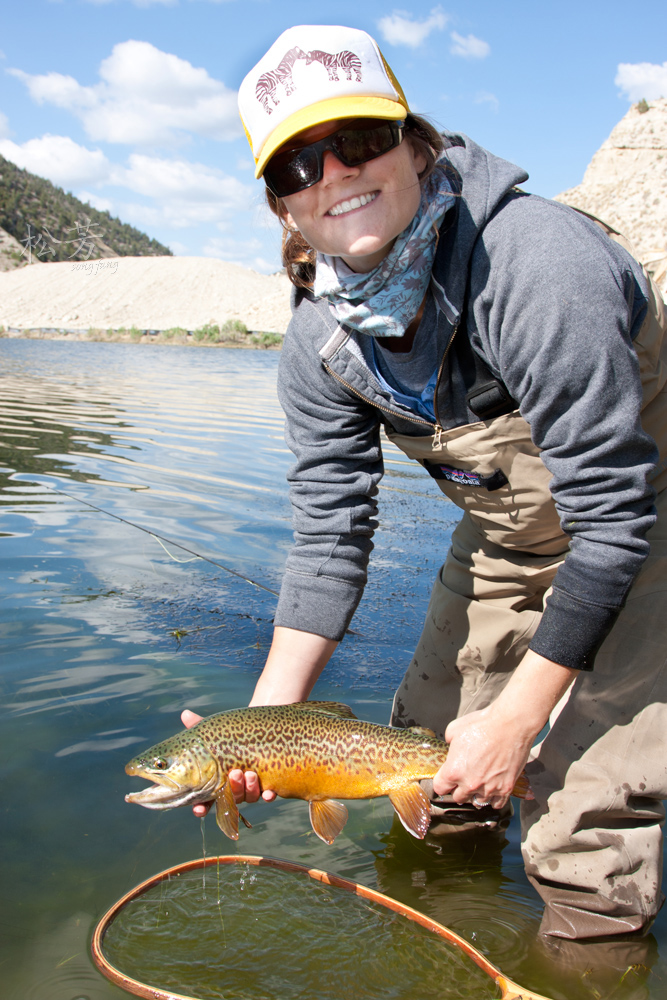 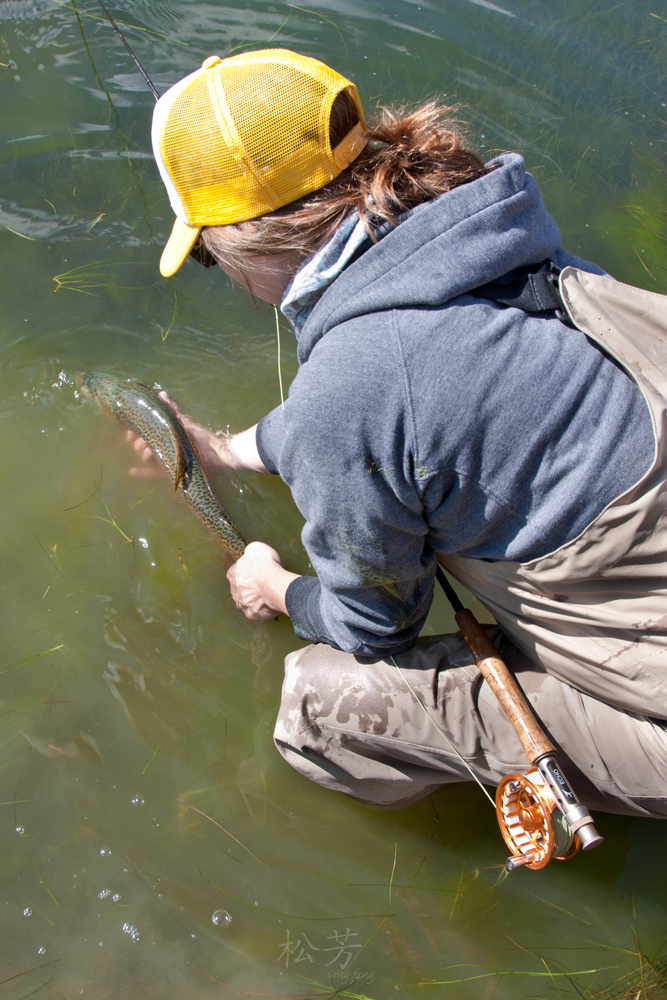 We continued to work different spots and I just told her what areas she wanted to keep her bugs in. Candice is a natural on the hookset but the fear of snagging up on the bushes and what not on the bank was too much and she botched more than a few hooksets. Some were complete misses while she did manage to keep a nice fish on for a few short moments. Frustrated. I continued to catch and release fish on my own until she did eventually get into another her first cuttie. Beautiful colors. 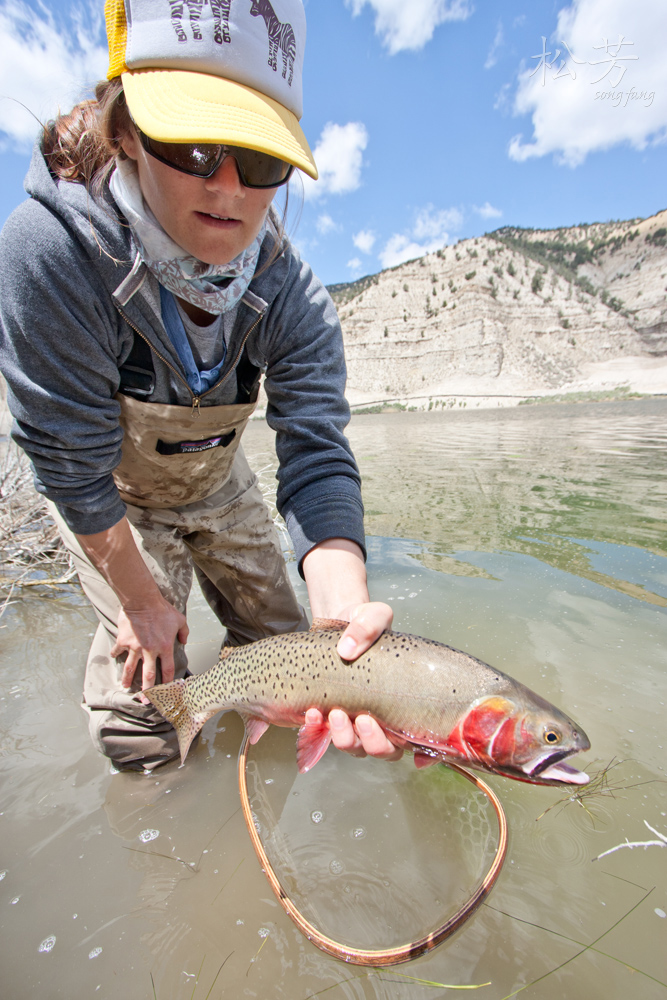 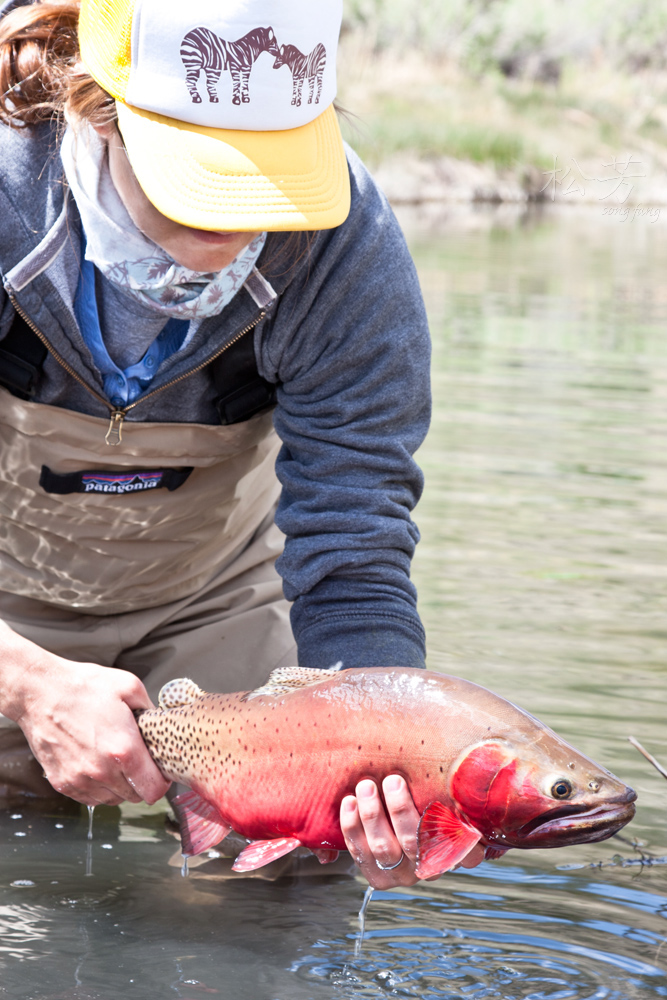 We posted up in one stretch where she missed and/or lost more than a few fish. Finally, determined to put aside her fear of tangles (that I get undone anyway) her indicator tanked and she hooked into a solid, colored-up male tiger.  It was a great fish and was her best fish of the day. My wide-angle lens didn’t do it any favors but captured the moment nicely as she proudly held a great catch. It was so cool for me to see how giddy and proud she was to get into fish on her very own. It couldn’t have been more fun for me. 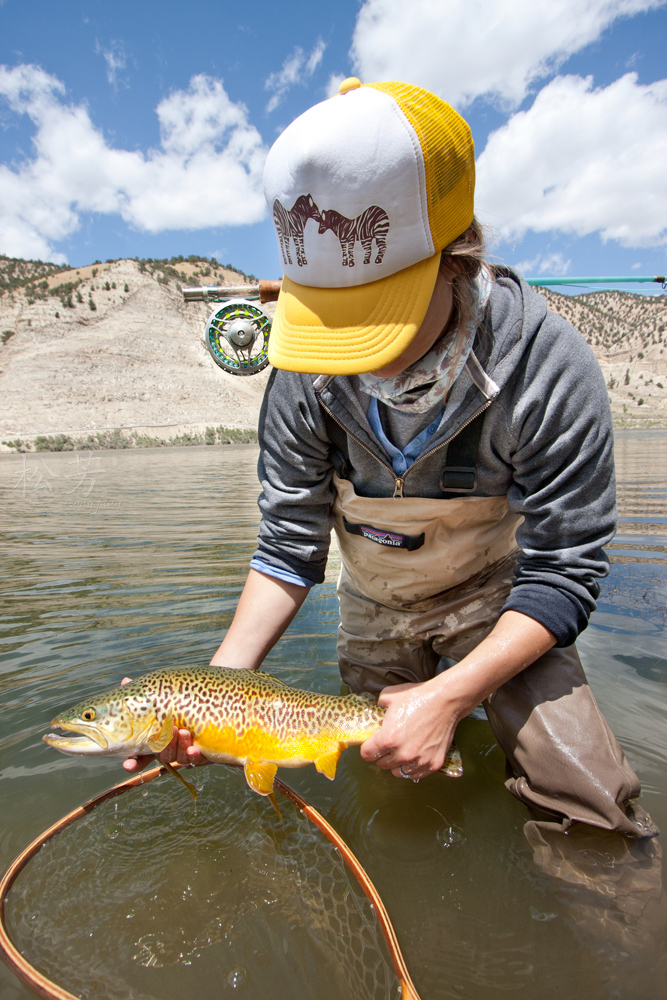 All in all it was a beautiful day on the water with my lady. A total success. She had gotten into some great fish and cut her teeth on some stillwater fishing. The only thing that could have made the day any better was if I hadn’t farmed the biggest tiger of my life by tending to the munchies I had stored in my waders. I’ll never forget that tailwalk!