Hundreds of miles of driving, miles and miles of hiking, camping in the woods with unpredictable fall weather in the forecast, all in order to chase char? What can you say when you are invited to go on a week long man marathon fishing for your favorite few species of fish?

The first leg of the trip was planned for some Bull Trout fishing in water that holds some impressive specimens. The weather looked good as the sun crept over the mountains and we approached the river. We formulated a game plan and began hiking. Scanning the river after a steep hike left us scratching our heads: where were all the fish? The only fish we could see was a single male Bullie perched in the tail end of one of the runs. Some quick discussion resulted in us climbing back to the car to head to another beat of the river. We hoped we would find what we came for – big fish pooled up waiting for the October chill to begin their fall spawning ritual.

After relocating, an hour hike and lots of scanned water we found a few pools holding fish. We divided up, one group to occupy the first few pools and myself and my cousin heading further down stream. We spotted (kudos to Smith Optics’ olive lenses that work great in flat light!) a small run that held a fair number of fish behind a mid-stream boulder that created a break in the current with a deeper section in some roots near the opposite bank. I gave my cousin first dibs and he then took position working the first couple of fish behind the boulder. As I began casting I noticed the clouds turning black and the breeze was no longer warm blowing at our backs. Autumn was beginning to make its presence felt. Fishing was SLOW but I could see that there was at least one big fish in the group. Cycling through every color and size streamer I had yielded nothing but they had to turn on sometime right? My cousin had felt one hit and that was about it, and from the lack of excitement upstream we guessed not much was going on there either. After what seemed like hours of fruitless casting, with the exception of one short-lived hook up, I retied on a black streamer for what seemed the 20th time. In my techno colored jumbo box of streamers that I use for bull trout fishing black seemed drab and uninviting but it had proven one of the top colors of in the past. On my second cast I hooked up and my excitement returned. As the fish came to the surface I could see it was the runt of the hole, but still it was a sign of life. A fast release and I was back casting with hopes that one of the larger grey and orange phantoms would follow suit. Not too long after resuming my post I hooked into another fish and as soon as it shook its head I knew this was the fish I had been searching for all summer. I yelled to my cousin to ready the net as this was a pig. When the fish broke the surface my cousin starting screaming that it was the largest freshwater fish he had ever seen. As the fish bolted downstream we pursued scrambling over boulders and rocks trying not to break our ankles. As I gained line on the creature that was making my reel sing, my cousin scrambled to try and keep up without falling on the slippery rocks, I hollered, “Throw me the net!” He tossed me the net and I quickly tucked it under one arm while putting as much heat on the fish as I dared. It was heading for some fast water and I didn’t want him to make it there as I knew I may lose him. I made one last desperate sprint toward the fish and got the net in front of him just before he got into the fast water. I sighed with relief and laughed as I looked at the monster taking up residence in my net. A few quick photos and the fish was on his way. I have to say, after all my time bull trout fishing this was my personal best Bullie. His shoulders would make any body-builder jealous and melt the heart of any lady Bull Trout in the river. This was a specimen! Stay tuned for the rest of the trip! 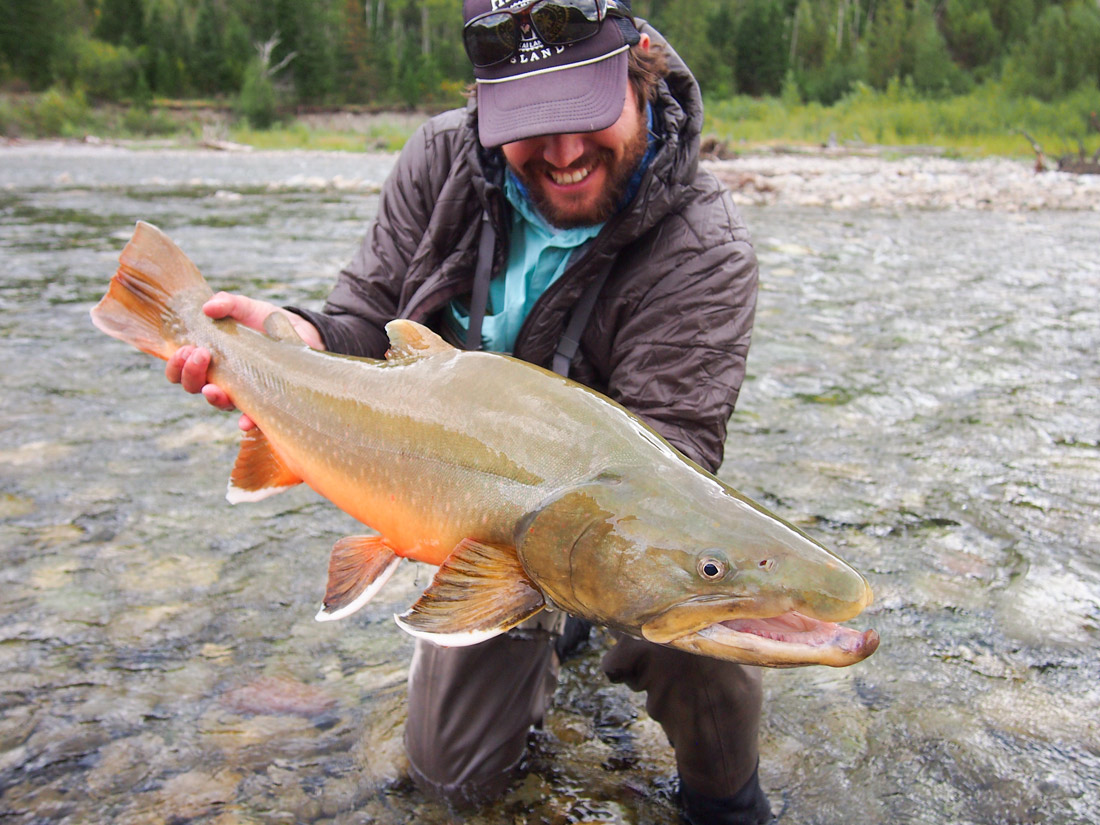 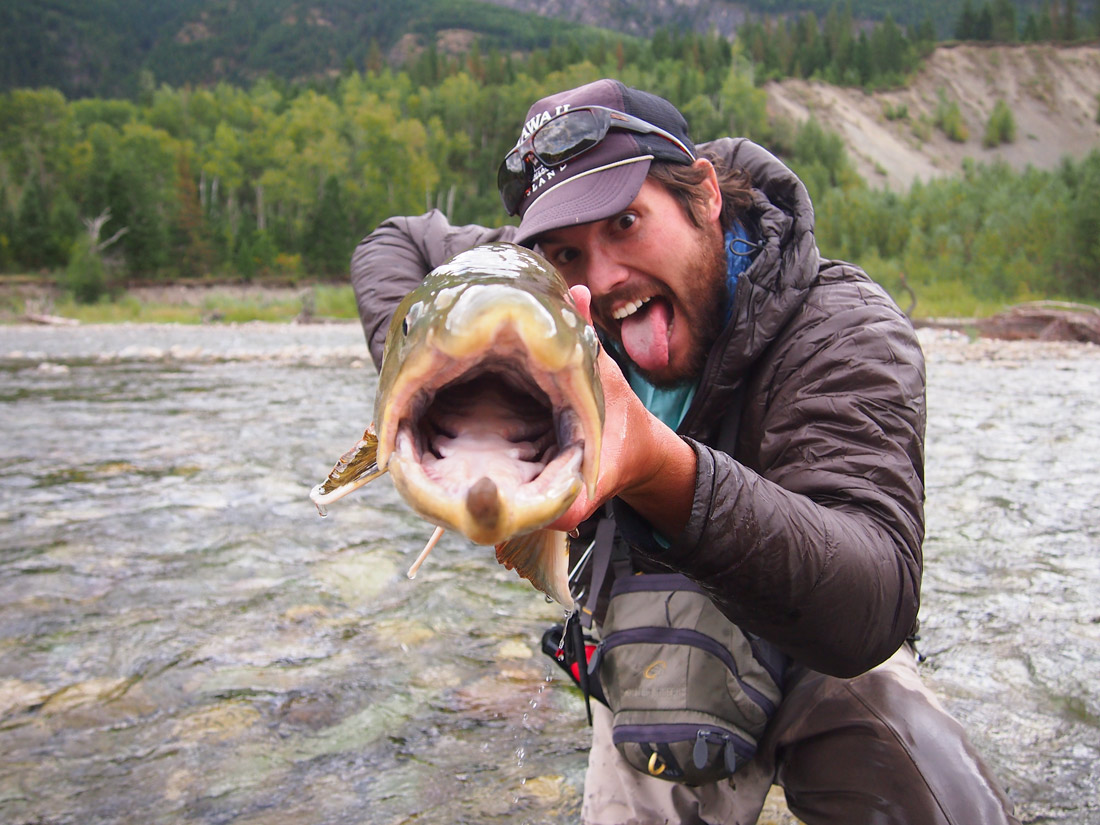 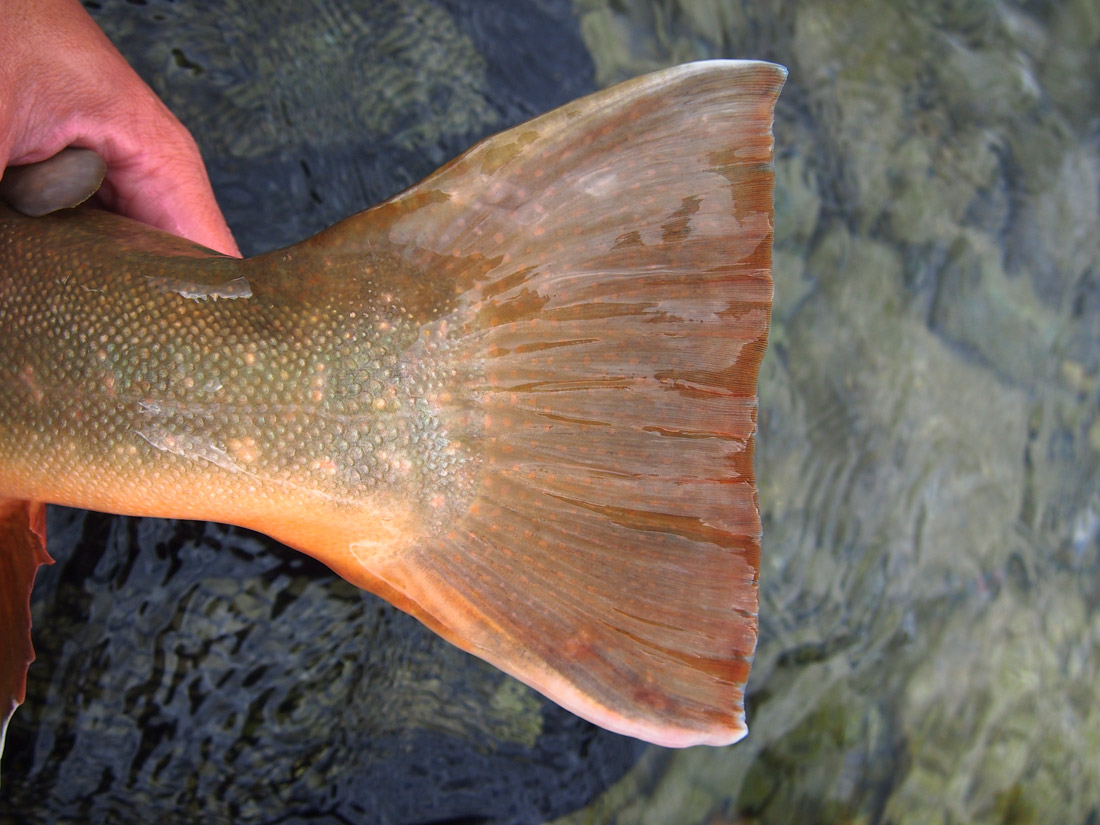 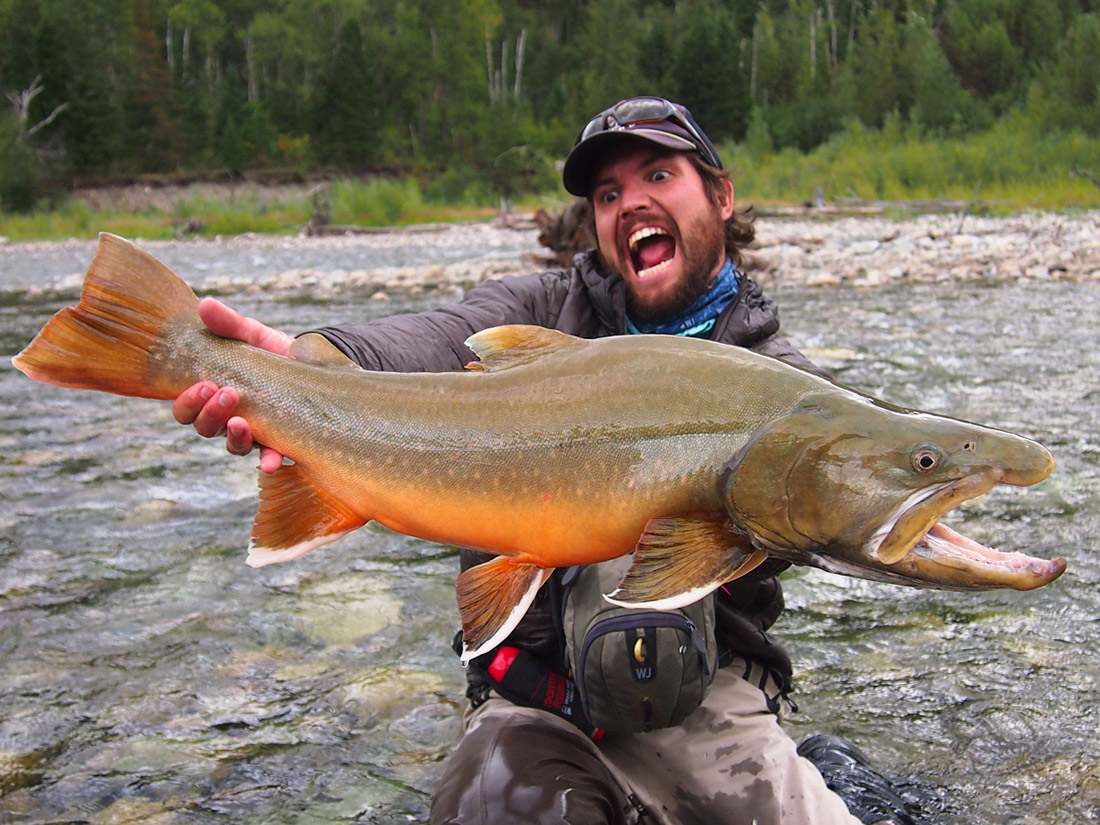