Brodin nets seem to be all the rage these days.  If I had to guess, I’d say that it’s the ghost net bags that do it.  They’re sexy. If ghost net owners were honest I think the majority would say that aesthetics were the deciding factor.  Why else would people pay a bill and some change for a NET?  I’ll be honest with you, that was one of the main reasons I bought one.  There were a few other factors and I’ll go over all of that.  So here’s my take on a Brodin Ghost Net Review.

Why’d I buy a ghost net?

AESTHETICS. I’m into aesthetics when it comes to everything. I love and appreciate good design.  That’s often a bad thing because usually good design will cost you.  Brodin Ghost Nets are no different.  They look good.   Looks also played a factor in my decision because I enjoy taking photos when I fish and I feel they photograph better.  This was a big factor for me.

QUALITY. They’re made with high quality wood and look great with the clear rubber net bags. I also really like the bags themselves.  The rubber is softer than nylon or other common net materials and seems like it is a little easier on the fish.

SIZE. I mostly fish for trout, but I still wanted a net that could handle the big guys we occasionally get into. The Frying Pan is one of Brodin’s larger nets.  The size and shape of the net on the Frying Pan is also nice.  The opening is 18″ wide and 12″ deep.  The sides drop straight down so there is plenty of room to scoop up most the hogs in your local waters. (The fish pictured in the net below is a 25″ tiger, so you can see that it has plenty of room). When I was originally looking at nets I also looked at some Wachter nets at a nearby shop.  They too have “ghost nets“.  While they also seemed to be well-crafted, I decided against them because their net bags didn’t seem to lay as well as the Brodin Ghost nets. 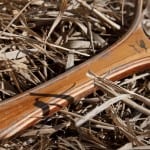 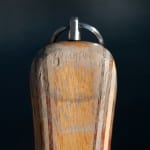 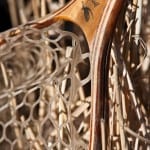 After two years of use…

FRYING PAN. The Frying Pan is one of Brodin’s larger nets.  I LOVE  the size.  It’s been big enough to scoop up fish over the two foot mark (like the 25incher pictured below) without any problems, but yet it’s not too bulky to tote around hiking into small streams.  The size of the bag is actually really nice on smaller fish too.

DURABILITY. So what’s the net look like after a couple years of good use? I was wondering the same thing when I bought it.  I was somewhat worried because the wood is super light and I wondered if it would hold up.  So far it’s been very durable.  No chips, no cracks.  The net bag is still very secure.  The rubber has become brittle or less soft over time – it seems to be nearly as soft as when I got it.  There is definitely some wear on the finish on the handle but more so around the hoop.  Nothing too serious but I imagine after another year or so I’d probably started to get some brittleness in the hoop.

WARRANTY. As far as warranty goes…to be honest, I don’t know much anything about Brodin’s warranty.  I did come across someone in a forum that had mentioned that they had a really good experience with them.  He said that his frame cracked while landing a fish and asked about other options if he wanted to reuse his net bag on another frame. They told him “that shouldn’t have happened” and they sent him a new net. That’s not a lot to go on but I’m glad the only feedback I’ve heard was good. 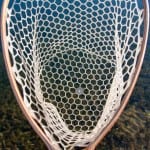 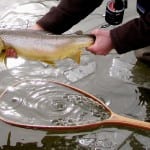 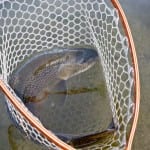 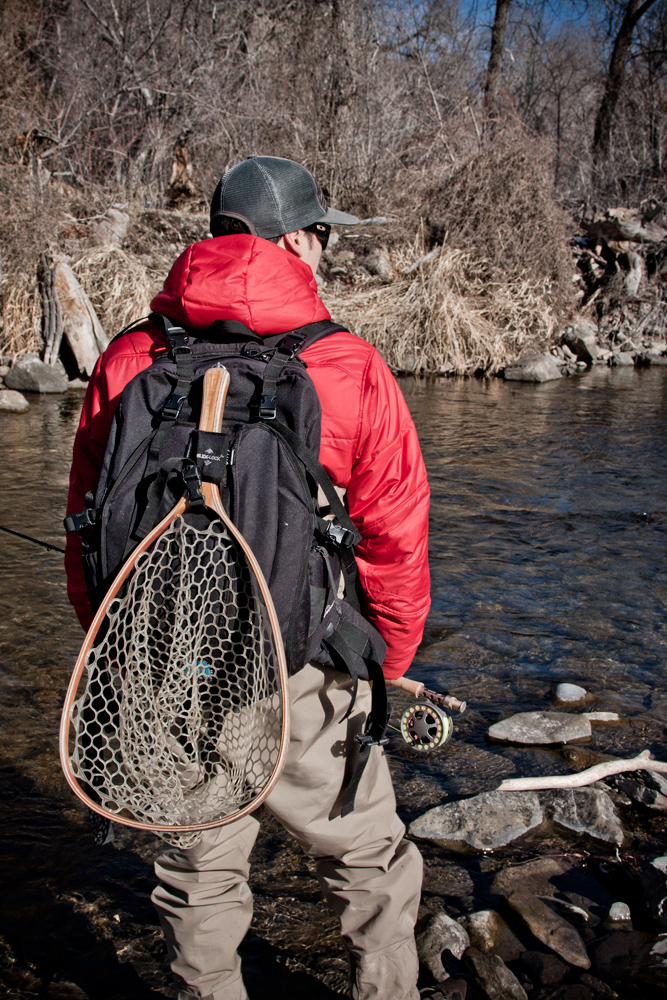 A ghost net definitely isn’t for everyone – not everyone wants to drop a bill on a net.  I think it all really boils down like this: if you think “why the heck would I want to spend that much on a net?!”  then a ghost net probably isn’t for you.  Just personal preference.  However, I really think that if you are one of those people that is actually thinking of taking the plunge then you’ll probably be happy with one of these nets.  They’re made from quality materials, seem to be durable so far, and they scoop up fish pretty well! Haha. BOTTOM LINE: It wasn’t cheap but I’ve never felt buyer’s remorse.  There it is.

*12/28/13 – There is one more recent caveat to this review. I reached out to Brodin both through email and their Facebook account and never heard back from them. I also go zero response to my follow up emails. How companies run their businesses is very important to me. I much prefer to give my business to companies that do “good business”. I mean this from everything like a Patagonia who is a very conscious and caring organization to how companies value their customers – big or small. Because of my experience with Brodin and their apparent disregard to take a second to respond, I will NEVER purchase another Brodin net. This is a good net and I’m still using it but take this for what it’s worth. The good news is that their are other viable/quality nets out in the market…cough…cough…Nomad.

Rate this product below if you’ve used it!

Brodin Frying Pan Ghost Net Review
The Brodin Frying Pan is a great net. It was pricey but it's lasted as long as I could have hoped. For me it's the perfect size to scoop up any trout you'd need to net.
Quality9
Durability9
Weight9
Overall Value7
The Good
The Bad
8.5Overall Score
Reader Rating: (1 Vote)
10.0