Back at it again!  I met up with a few friends and headed out to a lake known for big brook trout.  Let’s just state char might be the most amazing fish ever… just saying.  There is just something about the char family that is awesome.  Anything from brook trout to bull trout or even the often-hated lake trout. Char are very beautiful and I love their willingness to attack big streamers. Not only that I think char live in the most amazing places.  This area is no exception to that rule.  The water is crystal clear, the scenery is mind blowing and the fish… well they’re not too shabby either.  Like everywhere else, the water was still high so fishing the lake was fairly difficult. We navigated through muddy banks and log jams and it was well worth the effort.

Things started off slow with not a lot happening.  As I mentioned, the water is super clear and you could see big brookies swimming around; however, they were not interested in the normal go-to flies.  Switching things up didn’t even interest the fish at all but it was hard to move because when you are looking at several brook trout in the 3-pound range your brain tells you stay put – even if they are tight lipped. After a good bit without even a single fish giving a look, it was time to move.  The new spot started producing almost instantly.  We had moved to a deep little pocket that had a few large rocks and logs on the bottom.  Scanning the water payed off when a what looked like a huge brook trout rose for a moth fluttering on the surface.  Rod rigged and ready, a quick cast about 10 feet to the left of the rise form resulted in a moment that still feels surreal. The streamer sunk about ten feet, then a couple of strips brought it to life, as it moved out of the depths the big female slowly came into view.  She was swimming at a leisurely pace about 4 feet behind my streamer and when I started stripping faster and she exploded on my fly.  It was one of things where everything seems to work out perfectly: a big fish sighted and caught. 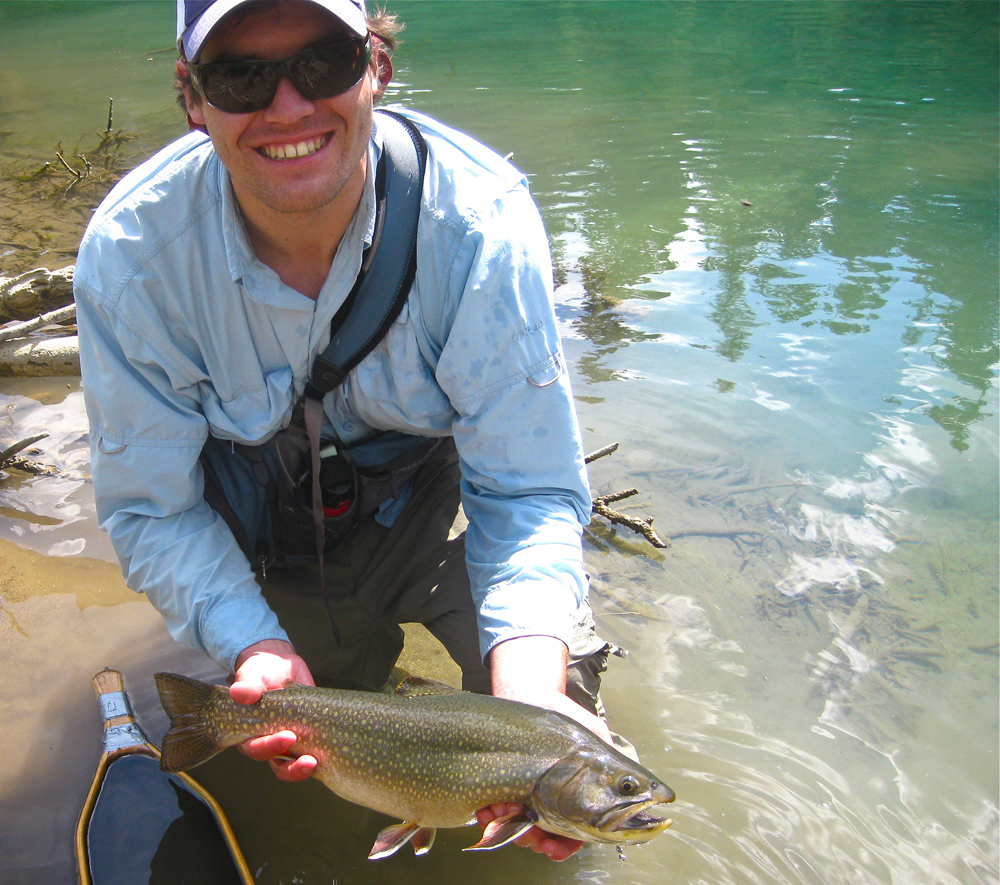 We continued working our way down the bank until we came to a pile of logs stacked up for about 75 yards.  We all posted up along the logs and started casting into the jams.  I brought several more to hand all sight fished swimming among the logs.  It was so amazing to see those big brookies turn and chase down the streamers.  On the way out we stopped and fished one more spot where the river entered into the lake.  There were a few fish stacked along a small drop, but wouldn’t move for a streamer so I rigged up a nymph and started working the drop.  It didn’t take long until the indicators were tanking.  In all it was a great day with a lot of big brookies caught.  A beautiful setting, sight fishing big brook trout and good friends… not to sound too much like a Mastercard commercial but, equals one of the best days I’ve had in a long time. 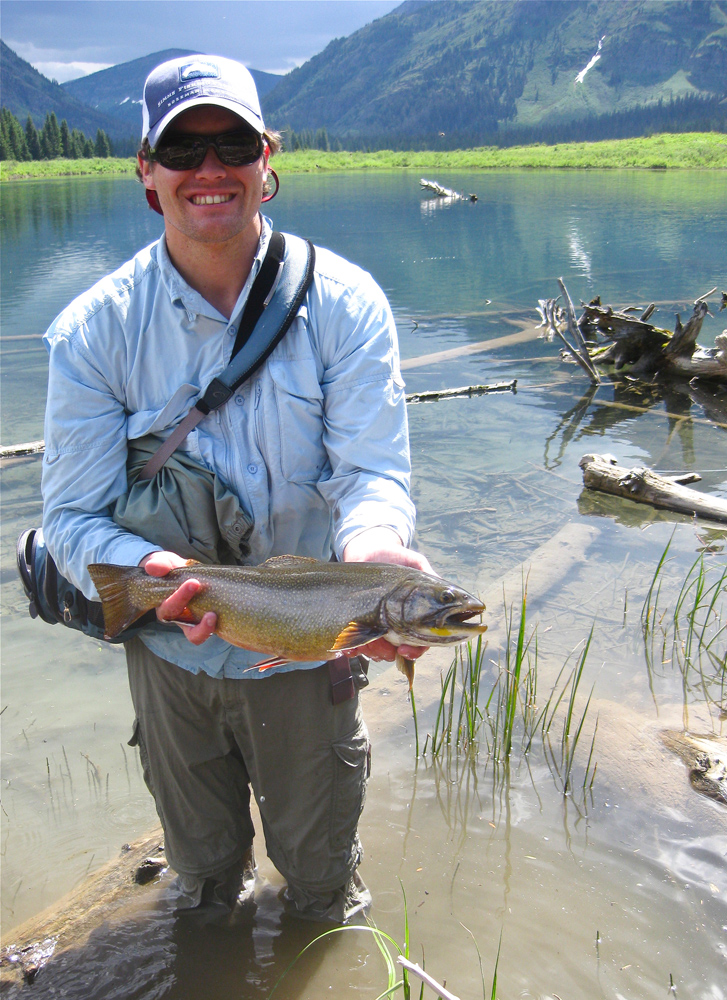