So Derek and I headed up for another morning and continued our search of some big guys. Let me just sum up the day: Derek got some sweet sweet lovin’. Like I’ve mentioned before, Derek has secret ninja skills when it comes to getting big fish. Whether it’s big Montana bows or bull trout, he just finds a way to do it. He’s my homie so I’m stoked for him, but at the same time I would also like to kick myself in the face/weener.

Today was a little bit slower. Not as many fish as yesterday. We did, however, luck out with a little warmer weather and a little less wind. Maybe mother nature decided to make sure that the blessings were balanced. Anyway, my first fish was a funky looking male with some great colors. Beautiful. I snapped a few shots including this closeup. 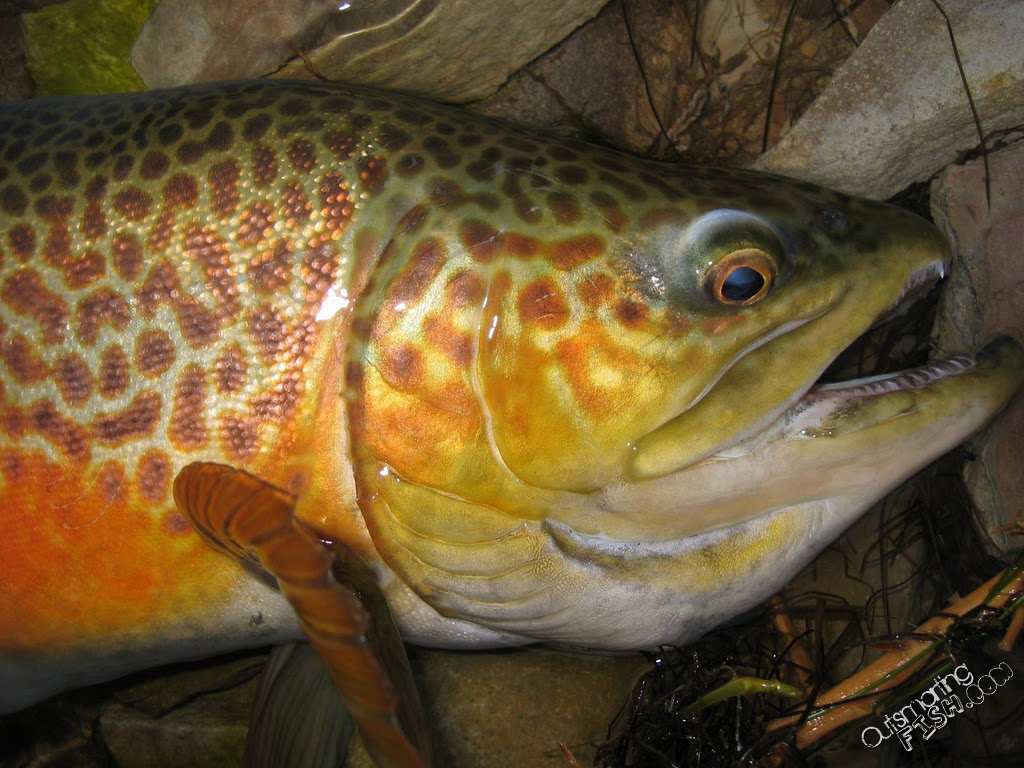 I didn’t get into anything too intense. But still enjoyed the usually gnarly tigers and plump Colorado Cutthroat. Man, I love the cutties here. They always seem to be tight-bodied little machines. They must work out.

Ok, so now for the big guys. So like I said, Derek likes to catch big fish – so he does. We were fishing in one of our usual spots and all of a sudden his indicator tanked. He set the hook and the fight was on with what seemed like a good fish. It turned out to be a kyped out male. 25 inches and four and a half pounds. Oh ya, did I mention that Derek has a digital scale that he brings from time to time? Dork. Big fish number two came at the very end of our fishing day – about noon. Derek was back to tossing streamers and had waded clear into a shallow bay. He was excited to finally be able to throw a full cast without having to worry about hanging up on the devil bushes that surround the lake. 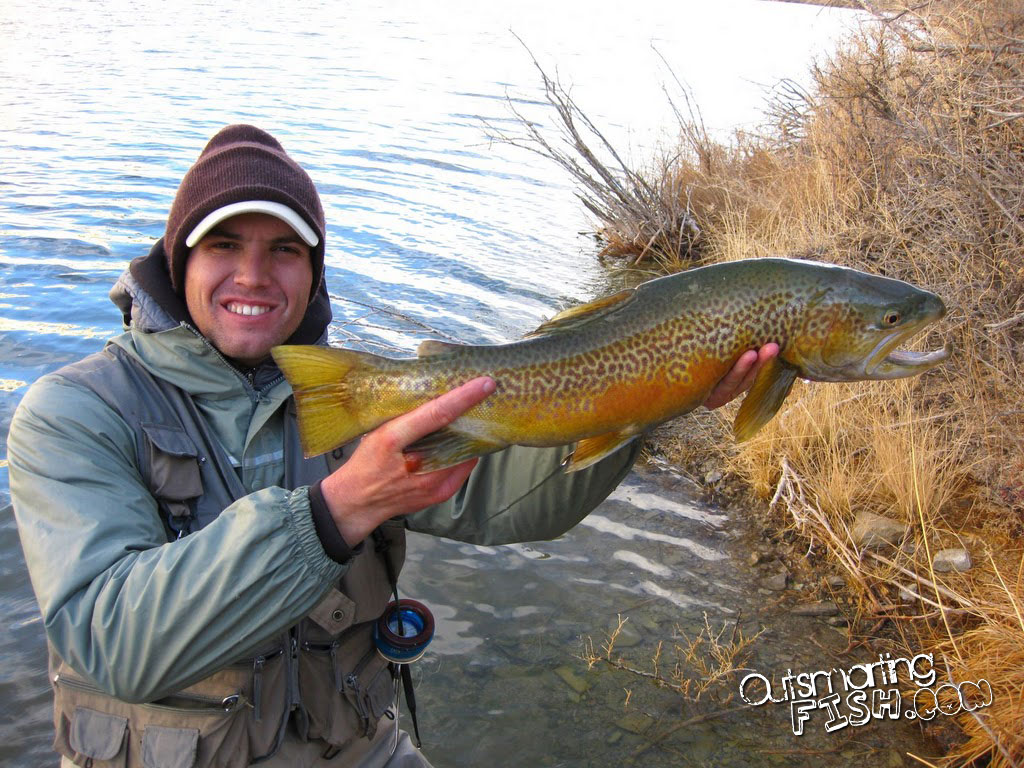 The hit came hard. Derek happened to be fishing an 8wt, but I could definitely see that it didn’t stop this fish putting a pretty good bend in his rod.  I actually didn’t even realize until now that that fish was brought in on an 8wt. I had also given him some 1x fluero that morning for his streamer rig and so I don’t think any fish was going to take advantage of him on that rod.  Even though he had a pretty serious setup, the fish didn’t give in easy. It  turned out to be quite a fight. The fish wanted to take him in the weeds and after Derek prevented a tangle the fish did a good job running and really didn’t want to come in. When he did the fish was sufficiently tired. Now looking back I can only imagine what this fight would have been like if I had hooked him on my 5wt. Dang, he probably would have put good use to my drag!  So he got it in and waded over to shore so I could net it just to be safe. It was a thick female. Really solid-bodied. Its shape reminded me of a steelhead. I was only and inch or so longer than his big male, however, weighing it revealed that it was 8lbs – three pounds heavier. This lady was yoked. 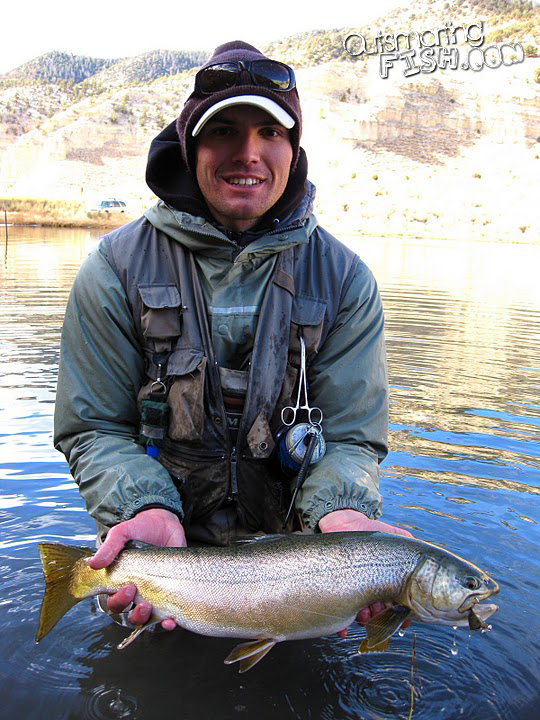 The excitement didn’t end with the fishing. On the way back there is a part in the dirt road where there is a short shortcut that’s a straight shot rather than taking the big bend. The shortcut is a straightaway and it looked pretty smooth, so naturally I bombed it. I was in 4wd and cruising at like 70mph, when I saw a dip in the road coming up quick. Ah shizzler! Slamming on the breaks obviously wouldn’t be a good choice so I breaked as much as I could before we hit it. A big DIP and BOUNCE. Yahoooooo! Well sorta. Scared the crap outa me. We hit the dip at about 50 or 55 and caught some serious air. I ski off of big jumps every winter so catching air isn’t really new to me. Not really used to doing it in the car though. After hitting the dip there was a solid second before the second smaosh as we stomped the four point landing. Derek was guessing that we got a solid 2ft of air off the ground. After stomping the landing and putting my heart back in my chest I stopped the car immediately to assess the situation. We looked at each other and couldn’t believe what just happened. We gathered the items that flew off Derek’s lap, put my subwoofer back in it’s place, checked the under carriage of my vehicle, and everything seemed to be ok. Toyota makes tough vehicles. That was a relief. Next we ran back to the dip to see exactly how much air we got. After analyzing the tracks we figured it to be about 30ft from the dip to where the back tires hit. Intense.